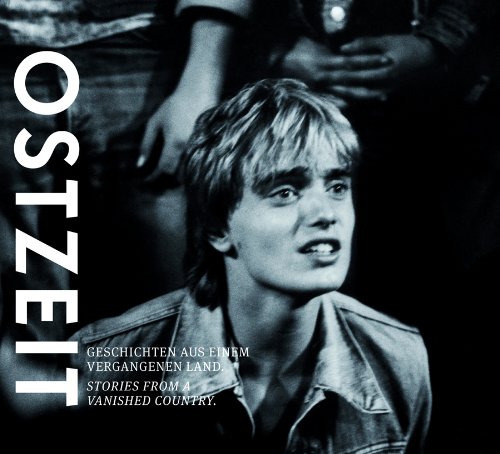 Ostzeit
by Marcus Jauer
Publisher's Description
In an authentic and unadorned way, these photos tell of a country that no longer exists, yet remains preserved in these images.

Twenty years after the fall of the Berlin Wall. Ostzeit presents photo series by the best chroniclers of the German Democratic Republic, culled from the first-class inventory of the Ostkreuz Agency. Founded on the concept of authorship in 1990 by photographers fromBerlin and Leipzig, the agency was named after a Berlin train station. Anyone wanting to enter East Germany had to pass through this station.

Ostzeit offers sensitive pictures of the GDR and its people: Sibylle Bergemann’s unrivaled, humane photographs of the legendary Berlin dance hall Clärchens Ballhaus. Werner Mahler’s long-term study of Bad Berka in Thuringia. Harald Hauswald’s photographic essay on the drabness and hidden comedy of everyday life in the GDR. Ute Mahler’s revealing photos of the May Day Parade in Berlin in 1980. French photographer Maurice Weiss’s documentation of the final hours before the collapse of the Wall and reunification. And last, but not least, Bergemann’s emblematic images of the creation of the Marx-Engels monument, which, ironically, are now part of the German Parliament’s art collection.
ISBN: 3775724869
Publisher: Hatje Cantz
Hardcover : 288 pages
Language: English
Dimensions: 10.2 x 11.4 x 1.3 inches