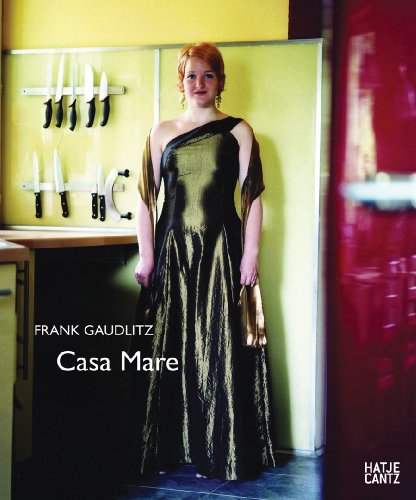 Frank Gaudlitz: Casa Mare
by Frank Gaudlitz
Publisher's Description
Frank Gaudlitz (*1958 in Vetschau) became known with his photo project Warten auf Europa (Waiting for Europe), in which he traveled along the Danube River from the Black Forest to the Black Sea, photographing portraits of people he happened to meet on the way. In a deliberately contrasting new series, Casa mare, Gaudlitz asked people in southern and central Eastern Europe to pose for him in their living rooms, dressed in their most festive clothing. For these sessions, most people opened up the best room in the house—the parlor, usually reserved for formal occasions and often elaborately decorated with carpets, religious icons, curtains and family photographs. The clothing worn by the people in the portraits reveals something about their different ideas of beauty as well as about their social status. In this series, Gaudlitz shows us different cultural traditions that are threatened due to the eastward expansion of the European Union. Some of the destinations visited by Gaudlitz on his photographic search, which is presented in this publication with essays by Matthias Flügge and Karl-Markus Gauß, were southern Transdanubia in Hungary, Vojvodina in Serbia, Transylvania and Dobrudja in Romania, and Bessarabia in the Republic of Moldavia.
ISBN: 3775724923
Publisher: Hatje Cantz
Hardcover : 176 pages
Language: English
Dimensions: 9.7 x 11.5 x 0.8 inches