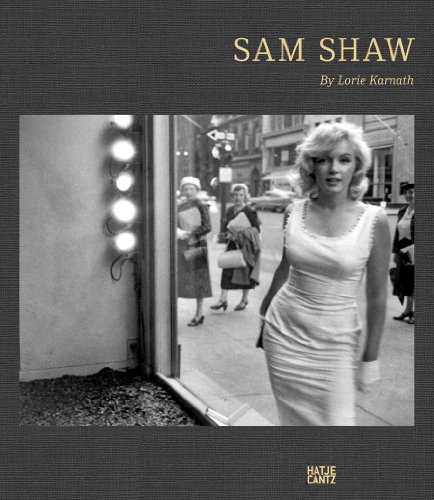 Sam Shaw
by Sam Shaw
Publisher's Description
The image of Marilyn Monroe standing on a subway grate as her dress is blown above her knees-from The Seven-Year Itch is so deeply embedded in popular consciousness that it's easy to forget a single stills photographer was responsible for it. The photographer's name was Sam Shaw (1912-1999), and he portrayed virtually every major Hollywood star of his day-Marlon Brando (Shaw created the photograph of Brando in a ripped t-shirt for A Streetcar Named Desire), Paul Newman, Audrey Hepburn, Sidney Poitier, Monroe and countless others. Born and raised on New York's Lower East Side, and closely identified with the city's visual iconography, Shaw shot countless cover pictures for Life and Look in the 1950s and 60s, and later also took the still photographs for movies that he produced himself, initially for Paul Newman on Paris Blues, but most notably for movies directed by John Cassavetes, including Husbands, A Woman Under the Influence, Opening Night, Gloria and Love Streams. This fantastic survey of Shaw's work has been assembled and edited by Lorie Karnath, who contributes to the volume a personal remembrance of her longtime friend.
ISBN: 3775726950
Publisher: Hatje Cantz
Hardcover : 244 pages
Language: English
Dimensions: 10.6 x 11.9 x 1 inches