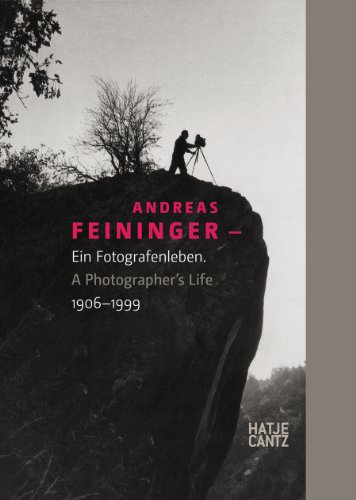 Andreas Feininger: A Photographer's Life, 1906-1999
by Thomas Buchsteiner
Publisher's Description
Andreas Feininger (1906–1999) was born into the nascent photo-print culture of the early twentieth century, and joined a generation of modernist photographers emerging between the wars, who pioneered and established the dramatic visual vocabulary of cityscapes in twentieth-century photography. Feininger also extended the realm of still-life photography, making exquisitely detailed photographs of insects, flowers and shells, eliciting sculptural character from natural forms. Born in Paris and raised in Germany, Feininger was the eldest son of artist Lyonel Feininger. Beginning with his childhood, the book follows the young Feininger through his period at the Bauhaus in Weimar to his time as an émigré in Paris and Stockholm to his later years in the United States, where he built his formidable career as a photojournalist and photographer, working as a photo editor for Life magazine and becoming famed for his crisp and energetic photographs of the streets and buildings of Manhattan. Now, for the first time, Thomas Buchsteiner’s biography tells the story of the artist behind and beyond the camera.
ISBN: 3775727043
Publisher: Hatje Cantz
Hardcover : 192 pages
Language: English
Dimensions: 6.9 x 9.1 x 0.9 inches