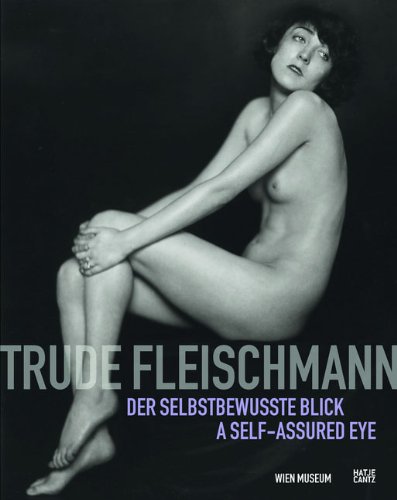 Trude Fleischmann
by Anton Holzer
Publisher's Description
Working in the golden age of modernism in Vienna, the photographer Trude Fleischmann (1895–1990) was famed in her lifetime for her portraits of intellectuals, artists, composers and musicians such as Karl Kraus, Alban Berg, Adolf Loos, Arturo Toscanini and Max Reinhardt. One of a (very small) number of young, confident Jewish female photographers defying convention to open their own studios in Vienna after World War I, Fleischmann forged her own career in what was then considered an exclusively male profession, and was much admired by her contemporaries for doing so. Her studio became a meeting place for members of Vienna’s intellectual and cultural elite, until 1938 when she was forced to flee Nazi persecution. After brief stints in Paris and London, Fleischmann permanently relocated to New York, where she managed to open a studio and build a successful second career. This book focuses on the photographer’s Viennese period from 1920 to 1938 and contains many previously unpublished portraits, travel photos and photojournalistic works, as well as her famous motion studies of dancers and nudes.
ISBN: 3775727809
Publisher: Hatje Cantz
Hardcover : 200 pages
Language: English
Dimensions: 8.4 x 10.8 x 0.9 inches