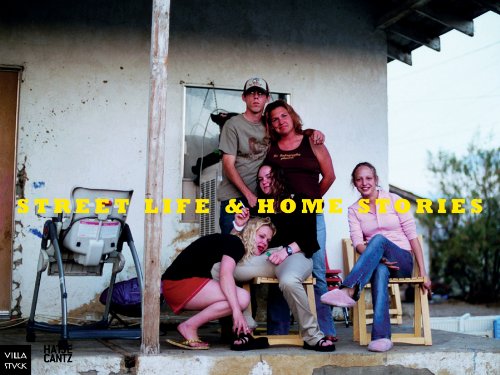 Street Life and Home Stories: Photographs from the Goetz Collection
by Michael Buhrs
Publisher's Description
Ingvild Goetz has been exploring photography since she began collecting art in the sixties. Street Life and Home Stories presents works by twenty-five artists. The stories of people’s lives captured on film make reference to social and political themes that form the backdrop for the purely subjective elements of the photographs.

The city, the street, and the domestic environment are transformed into stages for the duration of a heartbeat. The works by Evelyn Hofer or the photographs of the town of Trona in California by Tobias Zielony encapsulate the interaction between people and their surroundings, at the same time depicting places that bespeak an individual’s attitude toward life and destiny. Contrasting important photographers, such as August Sander, with contemporary artists, such as Wolfgang Tillmans, permits the examination of the directions taken by artists in photography as well as the interplay that occurs between their respective epochs.