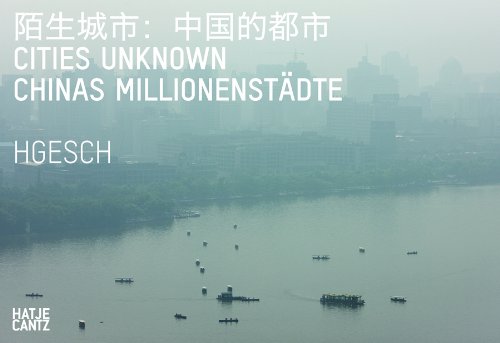 In his series Cities Unknown, architectural photographer HG Esch (*1964 in Neuwied, Germany) documents China’s rapidly growing megacities. Yet instead of concentrating on familiar metropolises such as Beijing or Shanghai, he focuses his lens on virtually unknown cities, such as Guangzhou, Tianjin, or Shenyang.

HG Esch presents a preliminary assessment of his visits to the new land of unlimited opportunities, a striking ensemble of large-format urban photographs. All in all, however, the series is more than just the mere documentation of the “unknown” cities of the People’s Republic—it is also an arresting demonstration of a gigantic self-staging of ambition and power. The photographs look as if they were taken in flight—they enmesh viewers in a confusion of lines and expose them to a whole range of different visual impressions.
ISBN: 3775728279
Publisher: Distributed Art Pub Inc
Paperback Language: French
Dimensions: 0 x 0 x 0 inches