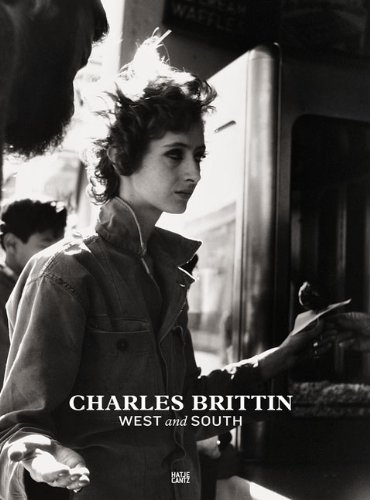 Charles Brittin: West and South
by Kristine McKenna
Publisher's Description
Throughout the 1950s, Charles Brittin was the unofficial house photographer for the Beat community that coalesced around the artistWallace Berman. Brittin settled in Venice Beach, California, in 1951, and his beach shack became a hangout for the Berman circle, which included actors Dean Stockwell and Dennis Hopper, artist John Altoon, curator Walter Hopps and poet David Meltzer, among many others. A self-taught photographer, Brittin was working as a mailman at the time, and spent much of his free time wandering the streets with a camera; he came to know Venice intimately, and his pictures of the town are freighted with a hushed beauty and forlorn sweetness. In the early 1960s the focus of Brittin’s life shifted dramatically when he became involved with the civil rights movement. I suddenly realized I was compelled to do something,” Brittin recalls, because the times demanded it.” As a photographer for the Congress of Racial Equality, Brittin documented the dramatic non-violent protests that occurred throughout Southern California, and made a courageous trip to the deep South, in 1965, to assist with the registration of black voters. As the 60s progressed he documented the antiwar movement, and by the end of the decade was devoting most of his time to the Black Panther Party. These two very different social revolutions are at the heart of Charles Brittin: West and South. With 150 images—138 of them previously unpublished—this monograph is published on the occasion of a 2011 retrospective at Michael Kohn Gallery in Los Angeles.