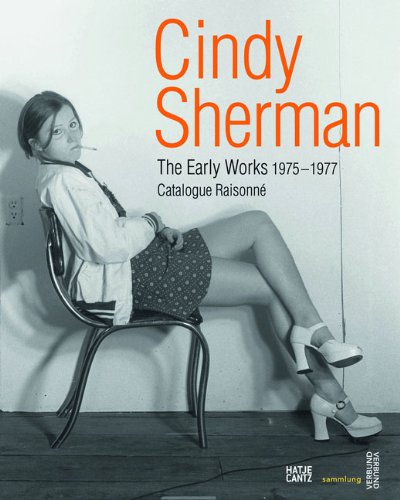 Cindy Sherman: The Early Works: Catalogue Raisonné, 1975-1977
by Cindy Sherman
Publisher's Description
For more than 30 years now, Cindy Sherman has been enacting a gamut of female roles and identities. Contrary to popular belief, the famous Untitled Film Stills (1978–80) are not Sherman’s earliest works, but rather those photographs she took as a student at State University College at Buffalo, between 1975 and 1977. During those years, Sherman cast aside the career in painting she had initially imagined for herself and began to study photography: “I was meticulously copying other art and then I realized I could just use a camera and put my time into an idea instead,” she later recalled. Cindy Sherman: The Early Works, 1975–1977 gathers all of the artist’s work from this decisive phase, in which Sherman was formulating her conceptions of gender and identity construction, gathering her toolkit of props (wigs, makeup, costumes) and becoming friends with artists such as Robert Longo (with whom she would establish the Hallwalls gallery in New York). With nearly 300 plates, including numerous previously unknown photographs, plus scholarly research by editor Gabriele Schor, this substantial volume adds a wealth of new information to our understanding of Sherman’s oeuvre.
ISBN: 377572981X
Publisher: Hatje Cantz
Hardcover : 375 pages
Language: English
Dimensions: 9 x 11 x 1.7 inches