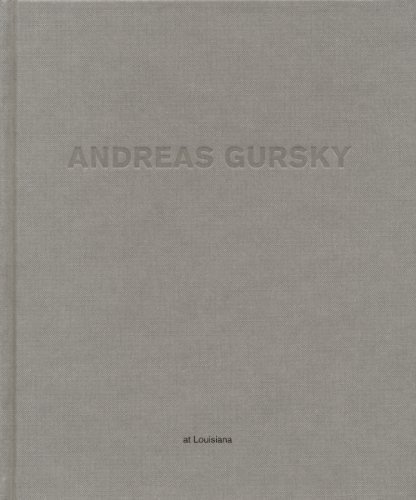 Andreas Gursky
by Frederik Stjernfelt
Publisher's Description
Andreas Gursky (born 1955) is one of the most celebrated living photographers. His images of contemporary culture's excesses and sublimities rival the greatest history paintings for size and narrative richness; more than any of his contemporaries, Gursky has amply fulfilled what Samuel Beckett once declared the task of the artist to be: 'to find a form to accommodate the mess.' His epic photographs enumerate with relentless acuity the proliferation of goods and commodities in our era-perhaps mostly famously in his 99-cent series of photographs of the endless aisles of American 99-cent stores. In the 1990s, Gursky began to use digital technology to intensify this acuity, compelling every inch of the visual data in his photographs to an almost unbearable pitch of equivalence and detail. This volume offers a new overview of Gursky's career, featuring both classic series and his most recent bodies of work. Included here in full color are such iconic images as the 99-cent stores; the Formula 1 racetracks of Bahrain; the Tokyo and Chicago stock exchanges; the subterranean locker rooms of German miners; as well as his newest photographs, such as the Ocean series (2010) and his shots of a fashion show by designers Viktor and Rolf (2011).
ISBN: 3775732977
Publisher: Hatje Cantz
Hardcover : 140 pages
Language: English
Dimensions: 9.6 x 11.4 x 0.7 inches