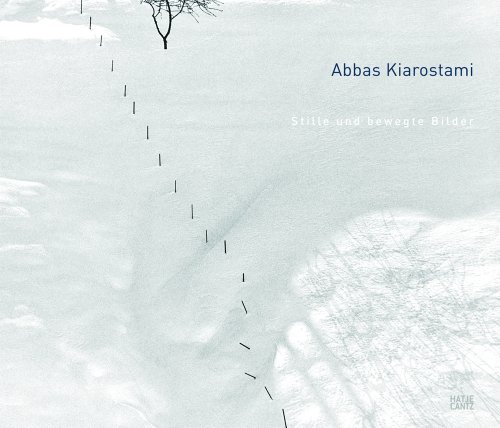 Abbas Kiarostami: Images, Still and Moving
by Silke von Berswordt-Wallrabe
Publisher's Description
Abbas Kiarostami (*1940 in Teheran) became known primarily for his films made in the seventies, which were awarded prizes at film festivals such as Cannes (Golden Palm 1997) and Venice. Despite large-scale solo exhibitions at institutions such as the Museum of Modern Art in New York and the Centre Pompidou in Paris, the photographic oeuvre of this artist, who studied painting, has yet to be showcased in germanophone countries. Whereas Kiarostami’s films contain haunting images of the human experience, he trains his photographic eye on untouched landscapes, often taking years to develop the images into series such as Snow White (1978–2004) and Rain and Wind (2007). This publication explores the correlation between photographic and filmic vision, between still and moving images.
ISBN: 3775734368
Publisher: Hatje Cantz
Hardcover : 160 pages
Language: German
Dimensions: 11 x 10 x 0 inches