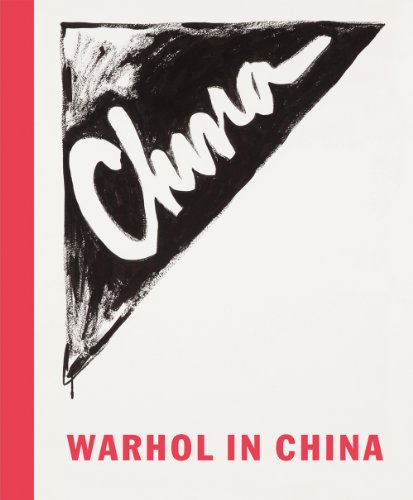 Warhol in China
by Ai Weiwei
Publisher's Description
Andy Warhol (1928-1987) flew to Beijing (via Hong Kong) in 1982, recording his impressions in brief journal entries while also photographing with his typical fanatical diligence. He encountered a capital virtually untainted by advertising and commerce, but nonetheless on the verge of an enormous transition. Following Mao's death in 1976, an art scene was slowly beginning to emerge in China. Under Mao, art had been deployed mainly as a propaganda tool to communicate government propaganda. By the time of Warhol's visit, new artistic strategies had established themselves. The Political Pop movement, Gaudy Art and 'The Stars,' a group of younger artists to which Ai Weiwei belonged, were all greatly influenced by Warhol and other protagonists of Pop. For this group, Warhol's classic silkscreen print 'Mao' (1972) served as a critical point of departure for their artistic reevaluation of the iconography of communism. Warhol's presence in China electrified Beijing's avant-garde, and his photographs record both his own delight in encountering the city's artists (as well as other sights-he was much impressed by the Great Wall) and their delight in him. These photographs consequently possess both artistic and documentary merit. Also included are several portraits of Warhol by Christopher Makos, who accompanied him on the trip.
ISBN: 377573662X
Publisher: Hatje Cantz
Hardcover : 312 pages
Language: English
Dimensions: 0 x 0 x 0 inches