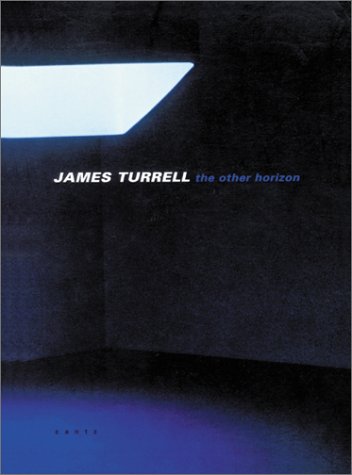 James Turrell: The Other Horizon
by Georges Didi-Huberman
Publisher's Description
In 1967, when 23-year old James Turrell created his first light projection, he broke new ground in a way that would decisively influence his generation and the development of art. Though Turrell worked in the context of Minimalism and the Earthwork movement, his art at this early stage displayed-as it still does-a sensibility all its own. This book reveals the ways in which Turrell's art has developed, and offers an extensive overview of his work from its earliest stages to the present. Turrell is above all preoccupied with the phenomenon of light-and his architectural projects and installations often transform their surroundings into transluscent sculptural bodies. From his first 'Projection Pieces' to the 'Roden Crater Project' in the Arizona desert, this volume presents over 30 years of this seminal artist's work, and includes critical essays by Daniel Birnbaum, Georges Didi-Hubermann, Michael Rotondi, and Paul Virilio.
Amazon.com Review
In November 1966, 23-year-old artist James Turrell moved into an old hotel in Ocean Park, California, and immediately set to work sealing off all of its windows and insulating all of the walls. There, in the newly dark and silent space that had once been filled with the constant bustling of travelers, Turrell created his first light projection, "Afrum-Proto." Essentially, it was a rectangle projected across a corner of a room in such a way that from a distance there appeared to be a solid cube floating off the floor. From there Turrell went on to explore other spatial and perceptual light installations like "skyspaces," in which rooms open up to reveal planes of the visible open sky above and dark spaces where scarcely any light can be perceived. Of his preoccupation with the phenomenon of light as an artistic medium, Turrell says, "I want to address the light that we see in dreams and the spaces that seem to come from those dreams and which are familiar to those who inhabit those places." His ethereal installations of radiant light manipulate viewers' perceptions, rather than present objects for aesthetic contemplation. His artworks are viewing chambers in which the experience of seeing is its own revelation and reward.

James Turrell: The Other Horizon is a large-scale paperback volume that covers over 30 years of this seminal artist's work. Its 108 color and 40 black-and-white illustrations, along with the thoughtful essays that accompany them, convey the subtleties of Turrell's work and lend insight into its construction. The book should be fascinating to both fans of Turrell and viewers of contemporary art. --A.C. Smith