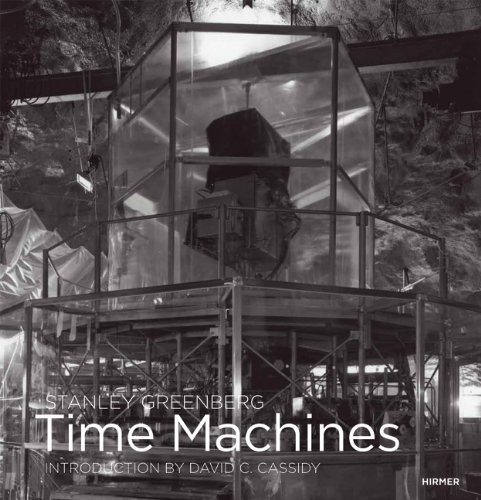 From Fermilab to neutrino hunting in Antarctica to ongoing attempts to re-create the conditions of the Big Bang using the world’s largest atom smasher in Switzerland, Greenberg has over the course of five years traveled to—and photographed—many of the most important experiments in modern physics. Greenberg is self-described science nerd, and the taking of these photographs led him inside mountains, thousands of feet below ground into mine shafts, and miles above sea level in his quest to photograph some of the most high-tech gadgetry and equipment science has to offer. The result is this breathtaking volume in which hulking detectors and accelerators are revealed to be structurally interesting objets d’art.

Time Machines takes readers deep into the world of muons, neutrinos, and quarks, a place where scientists mount ever-larger experiments in hopes of finding ever-smaller particles. And while it’s a world few of us will ever experience firsthand, the eighty photographs here will leave readers in awe.
ISBN: 3777440418
Publisher: Hirmer Publishers
Hardcover : 131 pages
Language: English
Dimensions: 10.7 x 11.4 x 0.7 inches