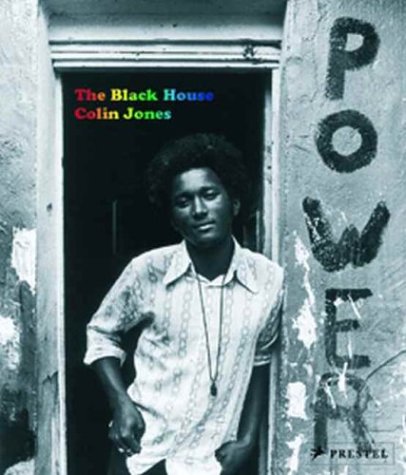 The Black House
by Mike Phillips
Publisher's Description
One of the most explosive photography projects of the 1970s was a series shot by Colin Jones for the London Sunday Times. The pictures record life at the Harambee Project, a hostel for troubled black youth in Holloway, north London, which became known to its residents as The Black House. Appearing for the first time in book form, these images are no less haunting today than they were nearly thirty years ago. In rich duotone, they capture the dignity and fierce beauty of a community shunned by society, and faced with a bleak future. 'They were the hardest people I've ever had to photograph,' comments Jones on the assignment. 'They trusted no one.' The intimacy of these images belies that statement, for clearly the inhabitants of The Black House came to trust Jones. Narrated with an illuminating text from acclaimed novelist and writer Mike Phillips, The Black House is at once a searing portrait of social unrest and a powerful testament to the camera's eloquence.
ISBN: 3791336711
Publisher: Prestel Publishing
Hardcover : 120 pages
Language: English