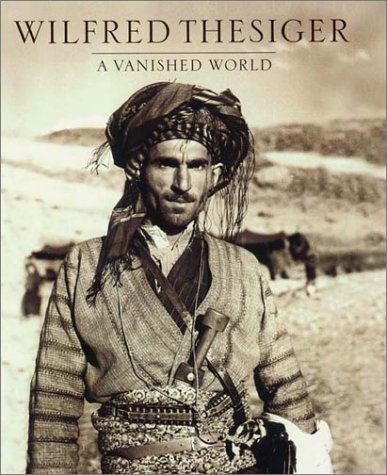 A Vanished World
by Wilfred Thesiger
Publisher's Description
Wilfred Thesiger's photography career started during a hunting expedition to Ethiopia at age twenty. Three years later he returned to explore the Awash River and photograph the ferocious Danakil, who were reputed to mutilate any traveler they encountered. In the Sudan he photographed the Muslim tribes in Northern Darfur, pagan Nuer in the Western Nile swamps, and magnificent Nuba wrestlers. The visual drama of Arabia's deserts was the backdrop to Thesiger's emergence as a master of the portrait. In that harsh environment he captures the striking faces of Bedu companions posing unselfconsciously for his camera. In contrast, tranquil images of reeds, lagoons, and waterways characterize his matchless portraits of the Marsh Arabs of Iraq, whose way of life has now completely disappeared. Subsequent journeys took him to remote areas of Kurdistan, Pakistan, and Afghanistan, and finally to northern Kenya, where he lived for many years.
ISBN: 0393050866
Publisher: W. W. Norton & Company
Hardcover : 200 pages
Language: English