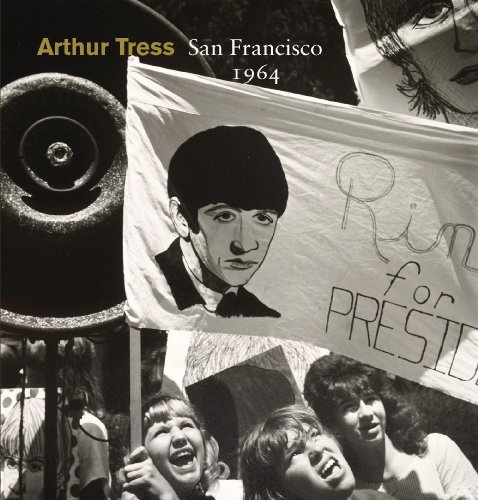 Best known for dreamlike staged imagery of people, places, and things, Tress is an accomplished photographer whose career spans more than fifty years. This monograph presents for the first time a collection of pictures the photographer took in 1964 as a young man newly arrived in San Francisco. That summer the city was ground zero for a historic culture clash as the site of both the 28th Republican National Convention and the launch of the Beatles’ first North American tour. The resulting photographs reveal a theme familiar to Tress’s many fans: the intersection of the absurd and the mundane. Formally posed portraits on the streets of San Francisco as well as candid views of shop windows, signs, and other idiosyncrasies of the local landscape capture the vibrant scene in the Bay Area at the dawn of a chaotic era. An introductory essay discusses the historical context of the works while an interview with Tress illuminates the making and rediscovery of these brilliant images.
ISBN: 3791351621
Publisher: Prestel Publishing
Hardcover : 112 pages
Language: English
Dimensions: 9.8 x 10.2 x 0.8 inches