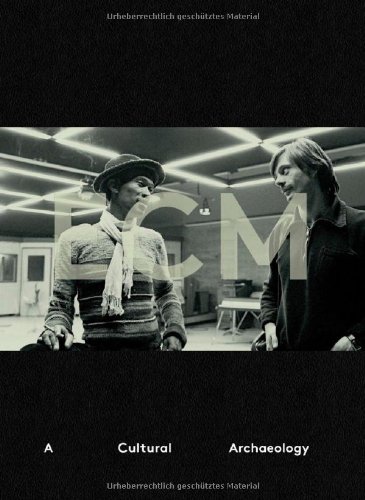 ECM: A Cultural Archaeology
by Okwui Enwezor
Publisher's Description
As stunning and complex as the music it celebrates, this book presents essays, photographs, archival material, and artworks that pay tribute to one of the world’s most daring and innovative record labels.

Founded by the legendary producer Manfred Eicher in 1969, a moment when contemporary music was being redefined across all genres, ECM (Edition of Contemporary Music) aimed to bring jazz, improvised, and written music out of the studio and into living rooms around the world. Acoustically rich and expansive, ECM’s productions set new standards in sonic complexity. ECM recorded some of the world’s most extraordinary music, and its stable features some of the most influential musicians of the 20th century, including Keith Jarrett, Chick Corea, Steve Reich, Carla Bley, Meredith Monk, Marion Brown, Codona, the Art Ensemble of Chicago, and Arvo Pärt. Renowned for its high standards of quality, clarity, and freshness, ECM remains a cornerstone in the industry today. This comprehensive volume showcases ECM’s cultural breadth, not just in the music world but also within the broader artistic universe. It highlights aspects of African American music of the 1960s in Europe, during the height of the American Civil Rights era, as well as the changing relationships between musicians, music, and listeners. In exploring the work of ECM, this catalog brings together a range of visual arts—installation pieces, photography, and film— alongside essays and an anthology of liner notes.
ISBN: 3791352857
Publisher: Prestel
Hardcover : 272 pages
Language: English
Dimensions: 9.3 x 11 x 1.3 inches