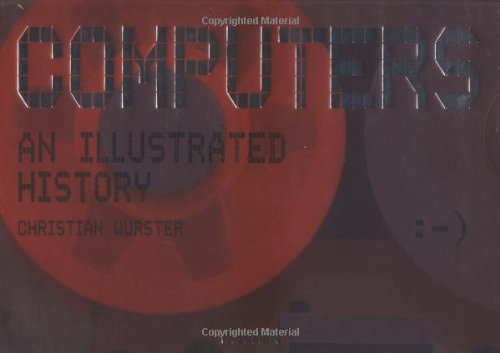 Computers: An Illustrated History
by Christian Wurster
Publisher's Description
'Computers in the future may weigh no more than 1.5 tons' Popular Mechanics, forecasting the relentless march of science, 1949 Remember your first computer? No doubt it now seems like a relic from the Flintstone era. From automated punch-card calculators to the first personal computers such as the Apple II and Commodore 64, to today's Sony Vaios and PowerBook G4s, the computer has undergone an amazing, rapid evolution in its brief history. Can you believe the computer's first input device was a light pen used to select a symbol on the screen? And that computer keyboards were preceded by teletypewriters? The progress we've witnessed in our lifetimes is mind-boggling. The struggle for the best interface, the greatest design, and the fastest processor have resulted in computers of a size, power, capability and use that were unfathomable only a few decades ago. Discover the fascinating history of computers, interfaces, and computer design in this illustrated guide that includes pictures of nearly every computer ever made, an informative text describing the computer's evolution up to the present day, and an A-Z index of the most influential computer firms.
ISBN: 3822812935
Publisher: Taschen
Hardcover : 480 pages
Language: English