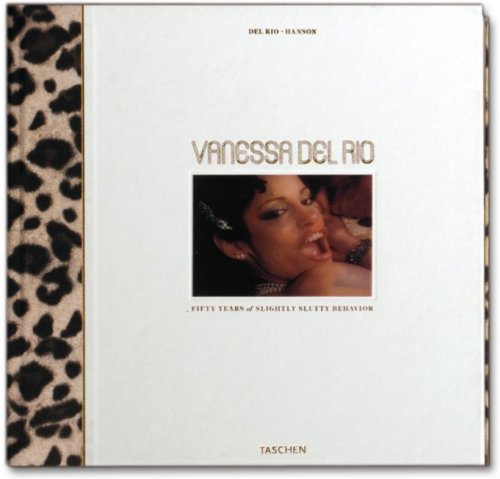 What her fans don’t know is that her real life was, and is, as wild as anything she did on film.

In this sumptuous over-sized volume, TASCHEN celebrates a remarkably candid, confident and exuberantly sexual woman. Presented through Vanessa’s own archive, in her own words, is a life at once shocking, titillating, amusing, and inspiring. And because paper and ink can’t do justice to a personality this big, an original 140 minute DVD documentary is included. If you aren’t already convinced, this book will end all doubt that there could ever be another woman like Vanessa del Rio.

Vanessa del Rio is limited to a total of 1,500 numbered copies, each signed by Vanessa • 1,300 copies in the Collector's Edition • 200 copies in the Art Edition, with a signed watercolor lithograph of Vanessa by acclaimed artist Robert Crumb

* Bonus for one lucky reader: one of the 1,500 copies contains a Golden Ticket good for an all-expenses paid evening with Vanessa, to be documented by a world famous photographer!! *
ISBN: 3822822302
Publisher: Taschen
Hardcover : 396 pages
Language: English
Dimensions: 0 x 0 x 0 inches