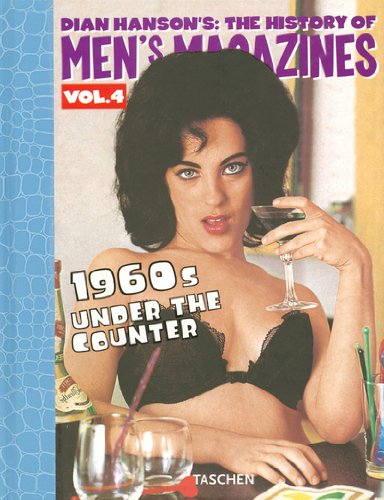 History of Men's Magazines: Volume 4 (Dian Hanson's: The History of Men's Magazines)
by Dian Hanson
Publisher's Description
Why two volumes on the 1960s? Because when men’s magazines were finally accepted on the newsstands something had to fill their old niche under the counter. On the cusp of the sixties a new breed of men’s magazine emerged in Southern California. Made in smaller print-runs, aimed at more specific markets, these new magazines, called “slicks” for the thick glossy paper they were printed on, first embraced bad girls and big hair, beatniks, booze, and fetish photographers like Elmer Batters. As the decade progressed these were the first men’s magazines to showcase hippy culture, and to expose all that hippy hair, years before it made its appearance on the newsstand.

Volume 4 of The History of Men's Magazines concentrates on the emergence of California’s specialty magazine industry and how it spawned the state’s multi-billion dollar sex industry of today, but also includes fetish master Irving Klaw, the specialty magazines of England, and concludes with Sweden and Denmark’s emergence as the new powers in European publishing.