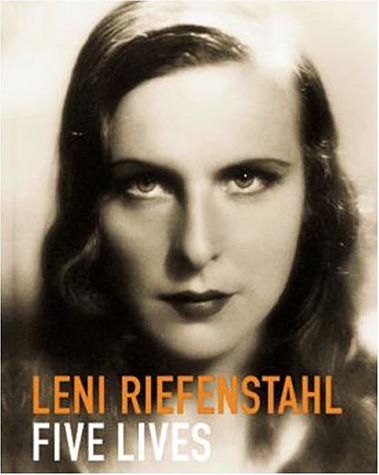 Leni Riefenstahl-Five Lives: A Biography in Pictures (Photobook)
by TASCHEN
Publisher's Description
Dancer, actress, photographer, filmmaker, and underwater documentarian, Leni Riefenstahl had a rich though controversial career. Facing ridicule and disgust at her role as official Third Reich filmmaker for the 1936 Olympics, she undauntingly continued to pursue her career in the post-War years. The monograph aptly examines the oeuvre of this enigmatic figure.
Amazon.com Review
Leni Riefenstahl: Five Lives traces the fascinating and controversial life and work of the famous German photographer-filmmaker. Riefenstahl started her creative career as an aspiring dancer in the 1920s in Germany and then became a movie actress. She starred in a number of films, taking challenging roles that were sometimes dangerous and physically rigorous, such as the ice-bound and skiing roles in Storm over Mont Blanc, The White Flame, and SOS Iceberg. These outdoor films foretold the spirit of adventure that later guided Riefenstahl's photography career.

The crux of controversy that overshadows Riefenstahl's career is her handpicked appointment by Adolf Hitler to direct the infamous Nazi party rally film Triumph of the Will. Although, according to her memoirs, Riefenstahl tried to withdraw from the film, she created a work that depicted Hitler's plane descending from the clouds as if it carried a god, and she has been accused "of having significantly increased, by means of this film, the emotional bond of the Germans to Hitler." Riefenstahl then went on to direct the German film Olympia covering the 1936 Olympics. With WWII came great change and Riefenstahl's eventual imprisonment by the French. In her later years, she continued her photography career by documenting her trips to Africa and getting her scuba license in her 70s. Her close-up underwater pictures of sea life float like a dream in vivid color. For as damning as her association with the Nazis is, Riefenstahl is a complex and talented artist. This book is full of remarkable images of her acting and directorial career as well as her still photography, and it includes a detailed biography of her life and career--complete with family and personal pictures. --J.P. Cohen