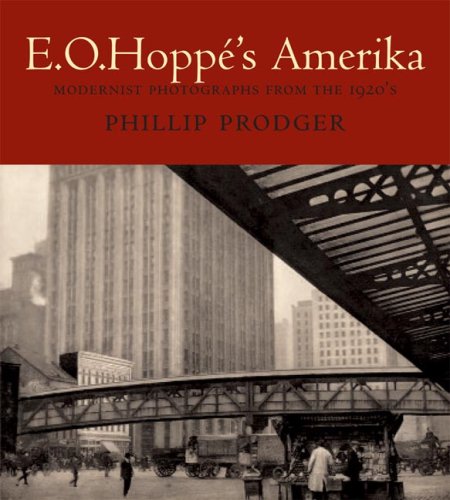 E. O. Hoppé's Amerika: Modernist Photographs from the 1920s
by Phillip Prodger
Publisher's Description
Emil Otto Hoppé was born in Munich in 1878 but lived in London from 1900 until his death in 1972. He was an early and important modernist whose seminal views of the United States in the 1920s rival those of his peers: Paul Strand, Edward Steichen, Alfred Stieglitz, and Walker Evans. His work shows us an America as only an outsider could: brave, new, and grand in scale but with a hint of trouble brewing in the gaps between its multicultural and economic diversities.

Much of Hoppé's work was locked away in English and German archives for the second half of the twentieth century, resulting in an eclipse of his reputation. Only recently has his work been reassembled, and now we can see his intimate and intelligent view of the world at defining moments in its history.
ISBN: 0393065448
Publisher: W. W. Norton & Company
Hardcover : 160 pages
Language: English
Dimensions: 9.5 x 10.8 x 0.9 inches