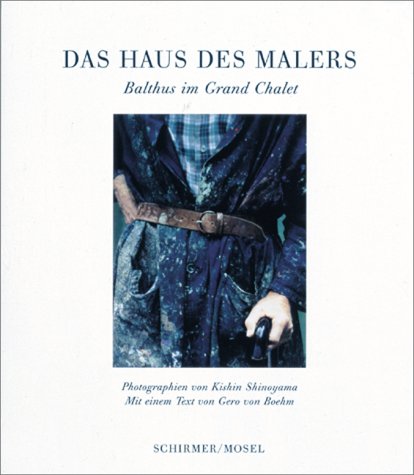 The Painter's House: Balthus at the Grand Chalet
by Kishin Shinoyama
Publisher's Description
The erotic, sensual paintings of Balthus, one of the most enigmatic and poetic figures in 20th-century art, have commanded a cult following—much like the artist himself, who has fended off all outside intrusions into his private life. In the late 1970s, the aging master settled down in the Grand Chalet at Rossinière, a magnificent timber house built in the 18th century, 3000 feet above sea level in the Swiss province of Gruyère. Although the house and its occupants have always been off limits to media and public alike, the ban was lifted for Japanese photographer Kishin Shinoyama, who was not only allowed to photograph the Grand Chalet, its rooms, and the family life taking place there, but was also admitted into Balthus's studio. This selection of small, exquisitely produced photographs, with an accompanying essay by German documentarist Gero von Boehm, offers a unique glimpse into Balthus's private and creative life, including portraits of the artist at work and reproductions of Balthus's marvelous paintings.
ISBN: 3823854720
Publisher: Te Neues Publishing Company
Hardcover : 88 pages
Language: English