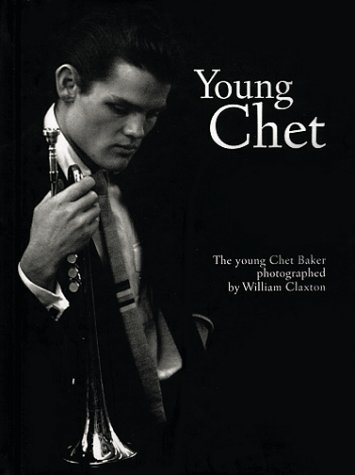 The Young Chet
by William Claxton
Publisher's Description
Jazz trumpeter Chet Baker was just 22 when he was discovered by Charlie Parker in 1951. In his glory years from 1952 to 57, Baker—the 'James Dean of jazz'—captured the ears and hearts of a generation that was infatuated with his movie-star looks, his 'cool,' and his underlying tone of seductive melancholy. Among Baker's admirers was jazz photographer William Claxton, who followed him to numerous performances and studio sessions. This book is Claxton's visual tribute to Baker—a small album stuffed with atmospheric, sensual black and white photos of Baker's circle in the California jazz scene. It depicts a dreamily introverted musician whose charisma and appearance matched the suggestiveness of his art. It also documents a vibrant period in our country's musical history, a time when when youth and beauty ruled the day, and America became obsessed with glamorous, fast-living entertainers.
ISBN: 382389966X
Publisher: Te Neues Publishing Company
Hardcover : 112 pages
Language: English