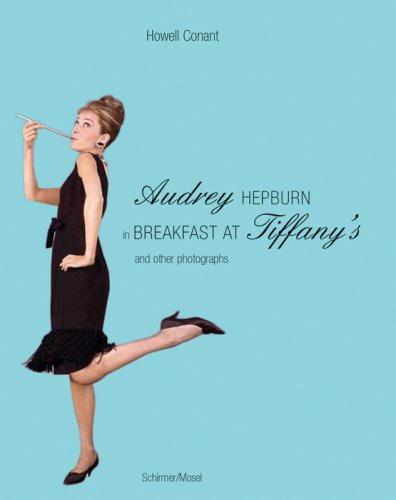 During the filming Howell Conant took publicity shots on set: Holly Golightly loveably wicked with her indispensable cigarette holder, glamorous in her Givenchy dress in the midst of the party, dreamy-melancholy when singing the Oscar-winning 'Moon River' at night on the fire escape.

Further photo sessions followed for Life, Look and Paris Match, fashion shots in the Swiss Alps, a portrait series with hats, and photos on the set of Together in Paris (1962) and Wait until Dark (1967).
ISBN: 3829603061
Publisher: Schirmer/Mosel
Hardcover : 117 pages
Language: English