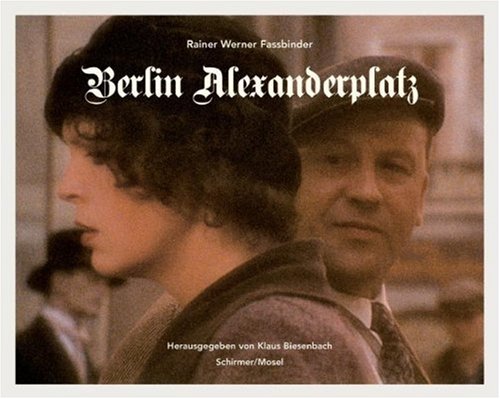 Rainer Werner Fassbinder: Berlin Alexanderplatz
by Klaus Biesenbach
Publisher's Description
Alfred Doblin's 1929 Berlin Alexanderplatz is a masterpiece of modern European literature. The first German novel to adopt the technique of James Joyce, it tells the story of ex-con Franz Biberkopf. Struggling to survive among the poverty, unemployment, crime, and burgeoning Nazism of 1920s Germany, fate teases him with a little pleasure before cruelly turning him in.

In 1980, Rainer Werner Fassbinder, the genius of New German Cinema, adapted Doblin's novel into a legendary and controversial TV series starring Hanna Schygulla, Barbara Sukowa, and others. Presented in its re-mastered movie version at the 2007 Berlin film festival to unanimous acclaim, it will be on view in an international travelling exhibition.