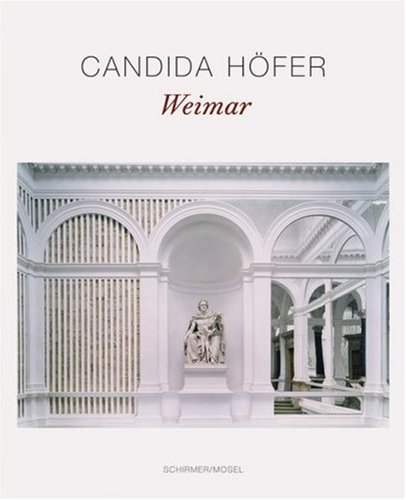 Candida Hofer: Weimar
by Gerda Wendermann
Publisher's Description
The German city of Weimar, home to illustrious Renaissance and Baroque artists such as Cranach and Bach, became a major place of pilgrimage in the 18th century. With her famous library and with distinguished literary circles, Duchess Anna Amalia laid the foundations for the flourishing of literary expression in the city. Her son, Duke Karl August, called Herder, Goethe and Schiller to his court. With them, Weimar became the center of German intellectual life, the 'city of poets and thinkers' - a reputation Weimar has nurtured to the present day.