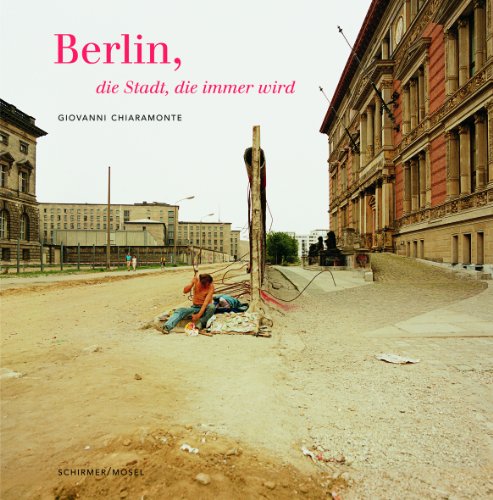 Chiaramonte's Berlin appears to hover just as much between the past and future as between the West and the East. Could this be because Chiaramonte looks at Berlin with the eyes of a Sicilian? At any rate, his is not the official outlook of the airy fairy Berlin and tourism industries. An eye sensitive to the beauty of ruins from Potsdam to Potsdamer Platz, summer warmth, blue skies and the warm glow of red brick distinguish Chiaramonte's photographs. And of course Chiaramonte also reveres the architecture from Schinkel to Aldo Rossi that very formal severity that allows the city to spring out of the wastelands, where the lines of fate in the history of the city cross.
ISBN: 3829604580
Publisher: Schirmer/Mosel
Hardcover : 140 pages
Language: German
Dimensions: 10.9 x 12 x 0.8 inches