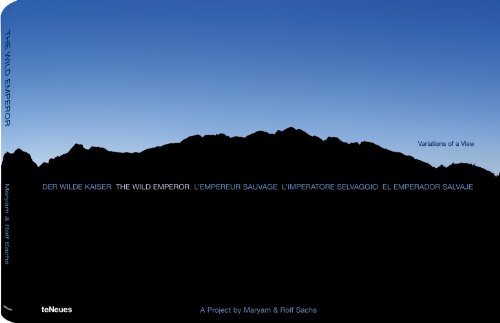 The Wild Emperor
by Maryam and Rolf Sachs
Publisher's Description
A series of panoramic photographs were taken of an alpine view from the balcony of a mountain lodge called the Rechenau, near Kiefersfelden in Bavaria. Maryam and Rolf Sachs focused their camera on two majestic mountain peaks, ‘Der Zahme Kaiser’ (The Tame Emperor) on the left and ‘Der Wilde Kaiser’ (The Wild Emperor) on the right, that lie over the German border in Austria. The discipline for the project was rigorous, throughout 2004 the camera, which was housed in a purpose built shelter shot over 50,000 photographs, each taken every 10 and half minutes. The pictures succeed in capturing nature’s ever changing moods.