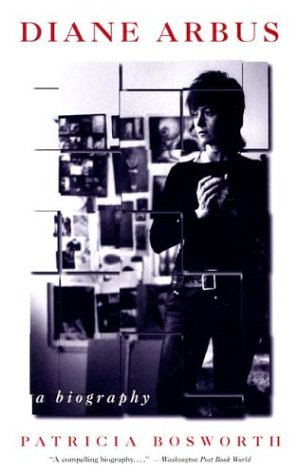 Diane Arbus: A Biography
by Patricia Bosworth
Publisher's Description
Diane Arbus is widely considered one of the most influential and iconographic photographers of all time. The particular mysteries and transcendental qualities of her images are unmistakable. However, the brilliance of her work came out of an extremely troubled, and ultimately tragic life. Patricia Bosworth's biography has become the definitive text on Arbus' life since its original publication in 1984. Now back in print, it remains an important contribution to the world of photography.
Amazon.com Review
Opportunities for sensationalism abound in a book about Arbus, who already had a history of severe depressions and a crumbling marriage by the time she began to take the controversial, technically innovative pictures of dwarfs, nudists and drag queens that won her a reputation as "a photographer of freaks." Bosworth balances the lurid details -- rumors that Arbus had sex with her subjects, that she photographed her own suicide in 1971 -- with a nuanced appraisal of an artist whose images captured the uneasy mood of the 1960s by expressing her personal obsessions.
ISBN: 0393312070
Publisher: W W Norton & Co Inc
Paperback : 366 pages
Language: English