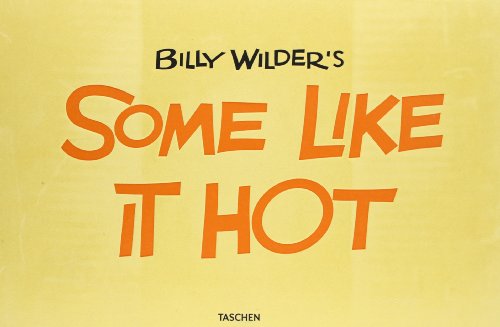 Billy Wilder's Some Like It Hot: DVD Edition (25)
by Alison Castle
Publisher's Description
'This book is a joy and almost as good as seeing the film.' - The Independent, London

The complete guide to Billy Wilder's masterpiece—made in collaboration with the great man himself and published just before his death. Find out everything you could ever want to know (and more) about the movie voted best comedy of the century by the American Film Institute. A daring tale of cross-dressing from a time when the subject was all but taboo, Some Like it Hot (1959) tells the story of two jazz musicians who are forced to go undercover in an all-girls' band to escape from the mob. With an ingenious screenplay by I.A.L. Diamond and Billy Wilder, and flawless performances by Tony Curtis, Jack Lemmon and the famously difficult Marilyn Monroe, Some Like it Hot is the embodiment of comic perfection.
ISBN: 3836516837
Publisher: Taschen
Hardcover : 384 pages
Language: French
Dimensions: 8 x 12 x 5 inches