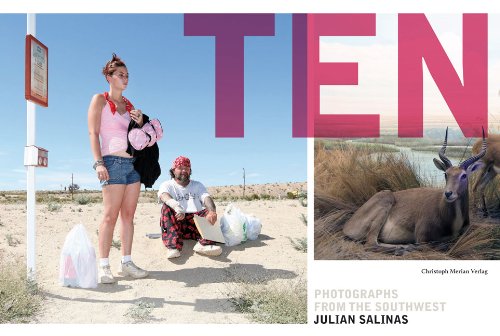 Julian Salinas - Ten.photographs From The Southwest
by Rainer Brenner
Publisher's Description
In the course of a six-month tour of the southwest of the United States, Swiss photographer Julian Salinas concentrated on the issue how ‘freedom’ and commandment’ can be interpreted in our time. In ten picture chapters he examines the traces left by these two major authorities to which the American people committed themselves a long time ago. On this journey he encountered not only numerous free churches and hedonistic survivor-types, but also relics of a state that once promised its inhabitants heaven on earth and is now scarcely able to fulfill its promise.
ISBN: 3856165509
Publisher: Christoph Merian
Hardcover : 192 pages
Language: German