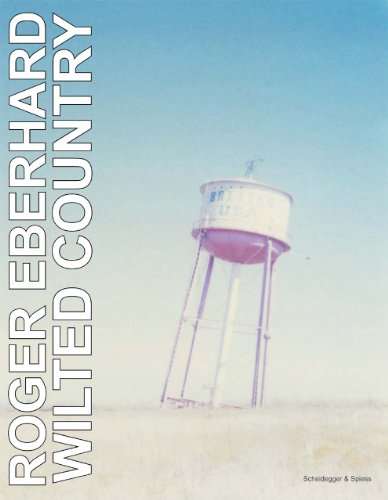 Wilted Country
by Walter Keller
Publisher's Description
In the years following World War II, the National Highway System began to expand into the American West, improving trade and bringing with it tourists from the East Coast. Along these new thoroughfares grew several small communities hoping to cash in on this sudden influx. But by century's end, many of these upstart communities had failed, and huge numbers of their residents had left in search of another livelihood. But what happens to these communities when all the people have disappeared? In late 2008 Swiss-born and American-educated photographer Roger Eberhard set out on a road trip to find out. With camera in tow, Eberhard journeyed from Reno to Montana, on to North and South Dakota, then south to Texas. Along the way he encountered-and captured on film-several remnants of a once bustling past, from toppled water towers and boarded-up businesses to abandoned homes hidden behind overgrown lawns. Eberhard's resulting images explore the enduring impact that humans have on their landscape and simultaneously offer an evocative tour through the past and present of the storied American West. 'Wilted Country 'collects the best of Eberhard's images in a single volume and complements them with critical essays on the artist's craft by Anthony Bannon, the director of the George Eastman House International Museum of Photography and Film, and Benedict Wells, a young German novelist.
ISBN: 3858813060
Publisher: Verlag Scheidegger and Spiess
Hardcover : 80 pages
Language: English
Dimensions: 8.1 x 10.6 x 0 inches