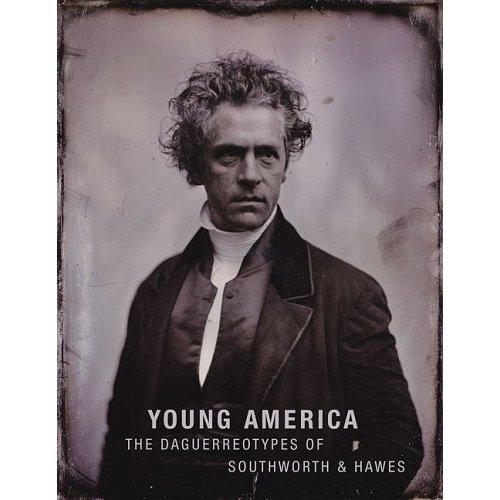 Young America: The Daguerreotypes Of Southworth & Hawes
by Grant Romer
Publisher's Description
From 1845 to 1862, the Boston partnership of Albert Sands Southworth and Josiah Johnson Hawes maintained the most celebrated photography studio in the United States. Taking as their subjects both the greatest personalities of the day and the natural spectacles of the American landscape, such as Niagara Falls, Southworth & Hawes elevated the new medium of daguerreotype photography to the level of art. Transcending the mere recording of factual detail, their daguerreotypes reflect a quintessentially American aesthetic and embody an emerging national culture and spirit.

Young America will be the most significant publication to date on Southworth & Hawes, featuring full-scale color reproductions of all plates in the exhibition as well as 2,000 additional black-and-white illustrations. It will include a critical analysis of the historical and cultural importance of the work of Southworth & Hawes, with original texts by Brian Wallis, ICP Director of Exhibitions and Chief Curator, and Grant Romer, Director of the advanced program in Photography Conservation at George Eastman House, among other scholars. Appendices will include a chronology, an annotated bibliography, an exploration of the daguerreotype process, brief biographies of the sitters, and a Southworth & Hawes family genealogy, making the catalogue an invaluable resource for researchers as well as general readers. The book will include an annotated bibliography, exhibition checklist, and chronology.
ISBN: 386521066X
Publisher: Steidl
Hardcover : 356 pages
Language: English
Dimensions: 11.7 x 12 x 2.2 inches