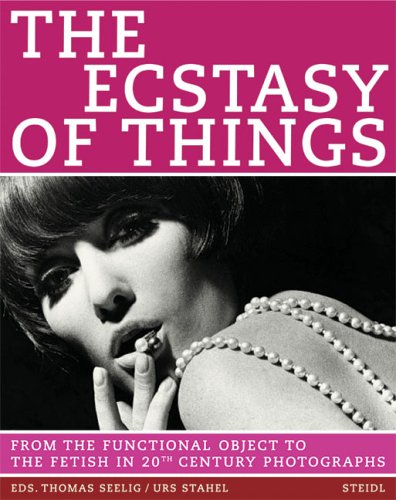 The 20th century was-among all else-a century of things. From the handmade object to the mass produced, these things that once served a purpose soon became harbingers of beauty, modernity, and innovation. Beyond the material, these objects have stimulated fantasies that convey an image about a time and a place, so that now even an everyday telephone or radio that has long been discontinued can experience a rebirth as a cult object only to be purchased for lofty sums of money at an auction. The Ecstasy of Things illustrates how product photography reflects the world of things as captured in varying lights for designers, manufacturers, and advertising agencies. Collected here are nearly 500 photographs-many of which were unearthed from company and agency archives worldwide on behalf of the Fotomuseum Winterthur and the Swiss Photography Foundation. This book most impressively demonstrates how the emotional and symbolic content of an object was represented through the changing tastes and aesthetics throughout the 20th century. At the same time, the collection is a wealth of forms, a colorful compendium of design, and a photographic history of the past century as illustrated through our possessions.
ISBN: 3865210856
Publisher: Steidl
Hardcover : 400 pages
Language: English
Dimensions: 9.5 x 11.8 x 1.5 inches