Interview
Farleigh Hungerford Swim Club
Alice Dempsey’s latest project is an ode to wild swimming as an antidote to the mental and physical strains of the pandemic.

Farleigh Hungerford Swim Club
Alice Dempsey’s latest project is an ode to wild swimming as an antidote to the mental and physical strains of the pandemic. 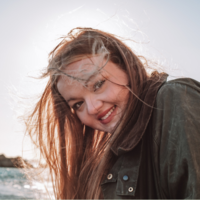 Alice Dempsey is a Bath-based photographer working across documentary, editorial and portraiture. She graduated in 2019 from Bath Spa University and was one of “British Journal of Photography Class of 2019” best photography graduates.

Farleigh Hungerford Swim Club is a project born from the listless days of the pandemic. Founded in 1933, it is the oldest river swimming club in the UK and many believe it to be the home of wild swimming. During the lockdowns of 2020, the club became increasingly popular as people searched for a safe activity that allowed them to leave the confines of their homes.

In this interview for LensCulture, Wesley Verhoeve speaks to Alice about how she arrived at this project.

Wesley Verhoeve: Alice, can you tell us how you arrived at your ongoing project Farleigh Hungerford Swim Club?

Alice Dempsey: I found the club three years ago, when I was a student, with a fellow classmate. Both of us were from the countryside and grew up wild swimming and wanted to escape the city for a few hours and just take our minds away from university. I eventually became a member as I found myself drawn to this place.

After every swim I felt transported to a simpler time; it was a nostalgic, almost euphoric feeling. First off it wasn’t going to be a project, I just loved water and my friends so it felt natural to take photos of them in the water. As the club became busier in the warmer months, I realized the potential of actually creating a project.

WV: What kind of people did you meet?

AD: I found that the water brought together like-minded people who also were drawn to the swim club. Covid hit and during that summer I saw more people at the water swimming than I had before. I decided to bring my camera and talk to people about their reasons for swimming there. That’s when I began photographing with more purpose.

I found the general consensus was either mental health related, water enthusiasts like myself or just simply trying to escape the house and feel some kind of summer normality during covid. Over time, I realized how important this place was and the history behind it made it even more special.

The place became so special to me and, during a really hard period, it gave me a sense of community after being so separated from people for such a long time. Since then I’ve been capturing portraits of the members of the club and interacting with them in the water as a member myself. When the club reopens later this month I am going back to carry on taking more portraits, swim and interact with other members.

WV: Can you tell us a bit more about the atmosphere at the club?

AD: The club has this feeling of togetherness. I find complete strangers converse with such ease and a sense of comradery always lingers in the cold waters as we all encourage each other to venture into the cold. You often hear phrases like: “You can do it!” and “It feels much better once you are in!”, “You won’t regret it once you are swimming!”, “Just jump in!”

Once you are in, people swim and calmly chat, children jump and play with no fear, and as you swim up river you pass others with a smile often finding people treading water to chat. It is a place of calm and the trees hug the river creating this world where the outside can’t intrude.

I spoke to many people who told me how this ritual of swimming in the cold waters has helped them mentally. One woman told me it was like a mental reset, putting her body and mind into shock so that she could see what was really important. Another lady I spoke with told me how swimming helped her through the menopause, and a gentleman told me it gave him perspective for the day ahead and a real boost of energy and motivation for life that a gym or run couldn’t.

Personally, I found myself longing to be in the water. I was asking my partner to drive us to the waters just so I could get in and feel close to nature. Busy life sometimes became too much for me and slowing down getting into the cold river, feeling it rise up my body, screaming out as I dunked myself into the icy waters and let my mind be taken away from what was troubling it, because it quite literally couldn’t think about anything else. This was therapeutic.

WV: How has the response of the local people been to the project and to watching you document?

AD: The general response from members and local people who have interacted with me has been positive. Members are often really interested in my camera and why I have it in the water with me. When I’ve approached people to photograph and told them what the project is about more often than not they ask for my website and details so they can follow along with it. There has been the odd singular case where a member has come to swim and has felt that it was an invasion of privacy and I reassured them I never take a portrait of a person without their consent, they were satisfied by this but wished to be left out of the project which I respected.

Swimming can be very personal and as humans we are often stripped down when swimming, so people can feel vulnerable. This is why I make sure when I’m photographing I go for a swim first and I photograph in my costume or swim clothes so I am on the same level as them, just another member in the waters.

WV: What have been the main challenges you have encountered in this project?

AD: It’s mainly been trying to find the right times to catch people as I don’t like to arrange shoots. I prefer to photograph the members as I come across them. Another challenge for me was that as wild swimming became so popular in the UK I felt like the project had been done before, but over time I realized that it was mainly insecurities which I felt within myself and my work and I needed to get past them. Sometimes we are our own worst enemies.

WV: What has been the most fulfilling aspect of the project for you so far?

AD: For sure the most fulfilling and enjoyable part of the project has been chatting with people who generally are as in awe of nature and the water as I am. I had a half an hour chat with a lady about water, nature, trees and just generally natural splendor. I have met painters, photographers, musicians who are all drawn to this place. Some of these people I’ve met, I connected with on social media and still speak to now. It’s the sense of community and enjoyment that is just infectious on a busy warm day.

WV: Has there been a different response between different age groups within the club?

AD: I would say generally no. All ages have been very positive when approached. The only negative response I did get was from a middle aged couple who wanted their privacy and I don’t believe age was the reason, just personal preference. I have been very lucky in the fact that I have been quite accepted by those around me.

WV: This is a self-assigned personal project. Are you approaching it differently from client work?

AD: I feel like time wise I have a lot less pressure when creating so I am able to take more time in between shoots and figuring out the process. There is less pressure on the project as it’s not for a client, although I am quite strict with myself and self-critical of my work. Because it’s not a work environment I feel I am able to connect more with my subjects. When I shoot personal projects I like the subjects to be a part of the process, I want there to be a sense of collaboration.

WV: Do you have a specific vision for the future of this project? What kind of format do you imagine you’ll share the work in once it’s completed?

AD: I would love to eventually see this project in a book form. I feel like turning the pages from black and white shots of the water to a 1x1 portrait of a member staring at the viewer would work well in a book. I would love to showcase this as an exhibition too, making the portraits life size so you can feel like you are standing with the swimmers in the river. I have a while to go yet so this project is always developing. If I was to do the exhibition, I like the idea of recording the river sounds and the atmosphere, so people can be immersed into this special place and be transported to the riverside.