Interview
Shifting States: New Role of Photography in Weekly Magazines
What’s new in news photography? Senior Picture Editor Andreas Trampe of ‘Stern’ offers his take on the shifting sands of an industry and shares his tips on how to reach out to photo editors.

Shifting States: New Role of Photography in Weekly Magazines
What’s new in news photography? Senior Picture Editor Andreas Trampe of ‘Stern’ offers his take on the shifting sands of an industry and shares his tips on how to reach out to photo editors. 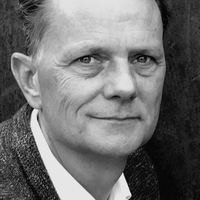 It’s no secret that life as a photojournalist has undergone rapid changes over the past twenty years, specifically in the wake of the invention of digital cameras, equipment and editing software. That being said, magazines and news sources around the world are still weaving photo-based stories into their publishing cycles, and photo editors continue to hold prominent positions at a variety of publications.

Before starting an accomplished career as Senior Picture Editor of Stern in Hamburg, Andreas Trampe worked as a photographer, creating stories with local papers by recording important events, including the fall of the Berlin Wall in 1989. Today, Trampe works with countless photographers at the weekly magazine, and is constantly searching for new talent at festivals and portfolio reviews all over the world.

We’re honored and proud that Trampe is a jury member for this year’s LensCulture Street Photography Awards. In this interview, he speaks with Cat Lachowskyj about the shifting state of magazines and photojournalism, and discusses common mistakes that photographers make when submitting their work for publishing consideration.

Cat Lachowskyj: I want to start by asking you how your interest in photography began, before you became a photo editor. How did that interest guide you towards and throughout the career you find yourself in today?

Andreas Trampe: When I graduated university, I left with romanticized ideas about my future career; I wanted to either become a photojournalist or a pilot. I didn’t end up being good enough to become a pilot, so I decided to pursue photography instead. I started working with a small agency, and worked with them for one year year, and then I worked as a freelance photographer for eight years. I worked for daily newspapers, magazines, weeklies and NGOs. It was a really interesting time, because I learned so many different things from all kinds of people, and it’s always a nice feeling to see your pictures printed somewhere, credited with your name. After some time, Bild am Sonntag, a Sunday newspaper, asked if I would join them as a photo editor, and that’s where my shift into picture editing began.

AT: Now that I am a Senior Picture Editor, I work on international and German reportage, seeking out compelling stories on politics, economics, and other fields. There are many other picture editors at Stern: someone focused on culture, another on travel, another on cars and food—we even have an offshoot magazine on true crimes. But right now, I focus on using photographs to tell stories.

CL: Working as a photographer or photojournalist today is drastically different from how it was ten to fifteen years ago. Now that you’ve been in the picture editing industry for so long, what are the most significant changes you’ve seen unfold over time? How has the industry evolved?

AT: The jump from film to digital was probably the greatest shift—it changed photography so much. Everyone can make photographs now, and the costs aren’t high, apart from buying a camera. In the 1980s and 90s, so much money had to go into developing and printing. Today, you can see your images in the news minutes after taking them. You can also manage the quality of your images as you take them, assessing whether or not you need to shoot the same thing again. You can send them to friends and ask their opinion before you send them off for publishing consideration. Of course, you still have to be a good photographer and be in the right place at the right time, but a lot of the previous obstacles are no longer there—which is a good thing.

Because street photography is more candid, there’s an immediacy to it that sets it apart from other genres. You’re able to see the daily lives of people all over the world, from one second to another.

CL: Now that everything is digital, it also means there are more possibilities for you to access a range of photographers. How do you find photographers to work with at Stern, and what is that process like? How much of your section is commissioned vs. pre-existing, for example?

AT: It really depends on the week, but I would say, on average, 40% of the pictures are commissioned, around 30% are pre-existing, and around 20% are stock or archive images. Then, the rest come from photo or news agencies. I personally find photographers by attending photo festivals and jurying at portfolio reviews, and I always invite photographers to meet with me at Stern’s office—I like to get to know them personally. We also find so many photographers through internet platforms like Instagram, LinkedIn, and even LensCulture.

CL: That being said, many people don’t understand what an editor’s inbox looks like. There’s a constant influx of emails to go through each day, in addition to the primary tasks that make up the bulk of your job. What can photographers do to pique your interest if they are trying to reach out, and what are some mistakes you see people make when presenting their work to you?

AT: I like when they send me a PDF of their proposal, which should include about 20 to 30 lines of text, and about 15 to 20 pictures. I don’t like it when I receive 8 pages of text and 97 pictures, because I simply do not have time to go through it. One of the biggest mistakes that photographers make is offering a story, and then not delivering on the impact that story should have. For example, a project about documenting young people in Estonia is not necessarily a story—everyone knows that young people live in Estonia. I like to see an intelligent narrative with a storyboard that’s new to me, and that’s emotional or exciting. Again, for example, creating a general photo project about refugees is not useful, but providing me with a personal story about one person in particular can have significant impact.

CL: That’s an important distinction. Many people have a photo project that feels specific to them because they’ve been working on it for some time, but to a wider audience, it comes off as general and vague—even if the images are striking. At the end of the day, photo editors need a hook.

AT: Exactly. You can have an amazing set of pictures, which is great—we can easily put that on a wall. I can send them to a friend and we can talk about how beautiful they are. But I cannot print them as a story. A lot of photographers also don’t keep up with what’s already been printed and what’s circulating in the market. They don’t follow magazines carefully, even though they are contacting them in an attempt to work with them. If you want to print with Time, you need to know what they printed over the past few months so that you can offer them a new idea. You need to show them that you understand their audience.

CL: Why do you think print magazines still matter, especially regarding the types of stories you work with? In other words, do they still matter? Or is it a subjective experience?

AT: No magazine today can do what magazines were doing up until the 90s, which was presenting or selling news. All news is acquired through the internet, television and radio—even through podcasts. As a magazine, it is no longer our business to sell news. Instead, our business has shifted to sell features, interviews and background stories. We show you the things you wouldn’t read or see on a web page, like longer articles about economic problems in Kenya, or interviews with an important political figure. It’s the kind of content you consume while you’re sitting on your sofa, or reading as you drink your cup of morning coffee, or commuting on the train to work in the morning. It’s a different kind of journalism, and it’s a different kind of business, but all these topics are still important, and you need to have them. It’s just not breaking news, in that traditional sense.

AT: Because street photography is more candid, there’s an immediacy to it that sets it apart from other genres. You’re able to see the daily lives of people all over the world, from one second to another. And when street photography also conveys an emotional moment on top of that excellent, immediate shot, that’s what makes the image special. There needs to be a component that forces you to stop and reflect on how special daily life is, whether that makes you happy, furious, sad, or any other emotion. But if it doesn’t stir up something within you, it simply doesn’t stand out.