Feature
Lo inevitable — Portraits from Gambela
A series of portraits from Ethiopia intended to increase the visibility of the inhabitants of a land rife with forced resettlements — and also to promote reflection about the identity of a culture in the process of irreversible change.
Photographs and text byAntonio Perez Rio
View Images

Lo inevitable — Portraits from Gambela
A series of portraits from Ethiopia intended to increase the visibility of the inhabitants of a land rife with forced resettlements — and also to promote reflection about the identity of a culture in the process of irreversible change.

The first time I set foot in Gambela, Ethiopia was in September of 2010. I discovered a place that exemplified various issues that were especially important to me — the difficult coexistence between the minorities and the dominant culture, the consequences of a global economy in the most remote corners of the world, and the relationship between man and the land at a time when both are suffering from irreversible transformation.

And it happened in a very visual way, thanks to the appearance of the people I encountered on my journey. Appearances that fascinated me from the beginning. I returned to Gambela two years later and did a series of portraits that constitute Lo inevitable.

The project offers various levels of interpretation. On the one hand, it is intended to increase the visibility of the inhabitants of a land rife with forced resettlements and massive cessions of land to foreign companies, without the participation of local communities. On the other hand, it is intended to promote reflection about the identity of a culture in the process of irreversible change, a transforming tension revealed in the distance that exists between appearance and context, between the desires and the reality of its protagonists. Lastly, it is intended to utilize photography to question the mental image that the Western media has been forging on the African continent, in general, and on a country as Ethiopia, in particular.

As a photographer, I believe I have the responsibility to choose what image of the world I help construct through my images. This is why I wanted to avoid the common images that construct, either crudely or subtly, a paternalistic vision of the African continent. I like to see myself in others, although beyond the image’s surface, the deepest, innermost parts are beyond my reach. Trying to understand the world only leaves a strange taste in your mouth. A gesture as inevitable as the process I intuitively feel in these photographs. 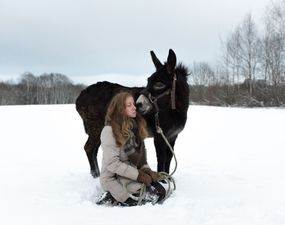 Svetlana
Mary Gelman
In this small Russian village, no distinction is made between the physical and intellectual differences of its forty residents. 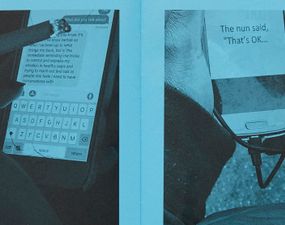 #nyc
Jeff Mermelstein
A sharp new take on ‘street’ photography, Jeff Mermelstein’s new book captures the dazzling highs and lows of everyday life in New York through the phone screens of its citizens. 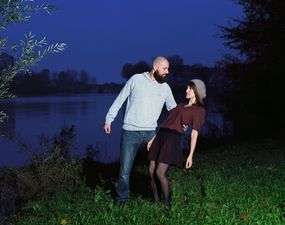 Coup de Foudre: Love At First Sight
Natasha Caruana
Love at first sight is the inspiration behind some of our favorite stories, our most timeless dramas—but is it real? Using the hyper-rational languages of science and photography, this playful series attempts to answer one of humanity’s... 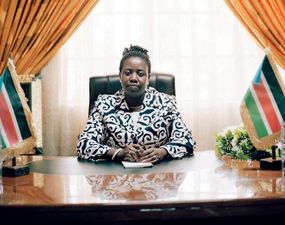 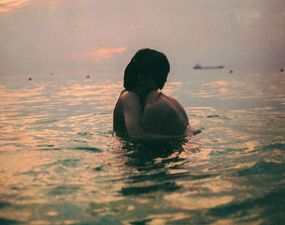 Best of October: Deadlines for Competitions, Grants, Fellowships and More
LensCulture Editors
Our editors have put together a curated list of worthwhile (and imminent) opportunities for photographers—have a look and best of luck! 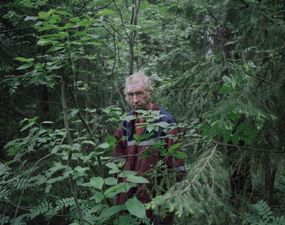