Feature
Exploring Bygone Soviet Grandeur—and Turbulent Regional Identity—in Abkhazia
Once known as a prime holiday destination for the Russian elite, Abkhazia is now filled with frozen, in-between spaces that convey the tension within its past, present and future.

Photographs and text by Aurélien Villette

Exploring Bygone Soviet Grandeur—and Turbulent Regional Identity—in Abkhazia
Once known as a prime holiday destination for the Russian elite, Abkhazia is now filled with frozen, in-between spaces that convey the tension within its past, present and future.

In 2016, French photographer Aurélien Villette traveled to the region of Abkhazia, a partially recognized state on the coast of the Black Sea. The government of Georgia, the United Nations, and the majority of the world’s governments consider Abkhazia a part of Georgia, while Russia and a handful of other countries consider it independent. Along with Transnistria, it is a post-Soviet “frozen conflict” zone. This jarring tug-of-war has nurtured an idiosyncratic—and at times discordant—landscape.

So far, Villette has created two series in the region, neither of which have ever been published before. These uncanny images—completely devoid of human life—nonetheless tell the story of this unique place: the pieces of humanity (and government) that remain tell the narrative of a space that has shifted its identity throughout the 20th century.

The first series, ”Topophilia—Abkhazia,” presents an almost surrealist glimpse at the region; monumental, ornate spaces are now decrepit and hollow, and many rooms seem to hang, impossibly, over the sea.

Villette’s second series, ”Heteroclite Voyage—Abkhazia,” illustrates the contrasting elements that sprouted up in the landscape throughout decades of change. Together, they create a portrait of the region that pays homage to the two sides of this complex state.

The first series, “Topophilia—Abkhazia,” presents images of ruins from structures built before 1955. I was particularly drawn to the aesthetic and the significance of monuments from the Stalin era. This abandoned monumental architecture becomes almost unreal or imaginary, like something out of a storybook, as it enters a state of decay. The peculiar, detached atmosphere that surrounds these structures reinforces the feeling of “belonging to nowhere” that pervades this whole territory as they wait for international recognition beyond Russia. These images exist in a space that is between a dream and reality; the journey that I present to you is heavily influenced by Romanticism, which represents a big part of my work. Much like the wanderings of Théophile Gauthier, these pictures lead us through a passageway to a territory that is almost imaginary. Over time, we become immersed in a view of the Black Sea that lives in the USSR’s memory—as part of their ancient, glorious and now bygone riviera.

The second series, “Heteroclite Voyage—Abkhazia,” is part of a series I started four years ago that includes images from many different countries. These images were shot in Abkhazia. To create it, I immersed myself in a succession of man-made structures that were lacking any obvious significance or commonality. The aim is to use this heterogeneous atmosphere—the chaos, really—as a means through which to understand the world, its stories, and its history. In this series, the viewer moves quickly from the ruins of a bus stop, to a new building signifying independence, to a Soviet building, to an abandoned Georgian house.

The quick movement from one piece of the region’s history to another illustrates the jarring series of upheavals that Abkhazia has experienced in the last 100 years. These structures speak; they tell a story based on approximations, propaganda, souvenirs, and stories that are passed from person to person. It is the constructions and the remaining traces of humanity that map the past of a geographical zone.

Editors’ note: Aurélien Villette is a member of the LensCulture Network, a recent initiative we launched with the idea of offering talented, accomplished photographers a place to showcase their work on a global stage while also giving them a place to share, learn and engage with one another. The LensCulture Network began with a small number of hand-picked members, and we are very excited to watch it grow and evolve. 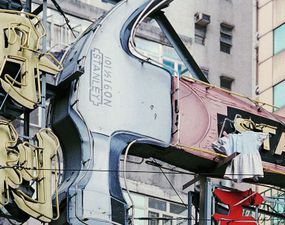 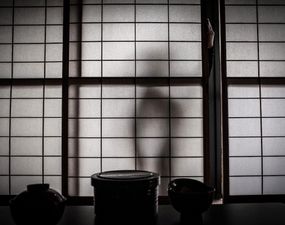 In Praise of Shadows
Matthieu Zellweger
Were it not for shadows, there would be no beauty—a short but beautiful meditation on the unique aesthetics of Japan. 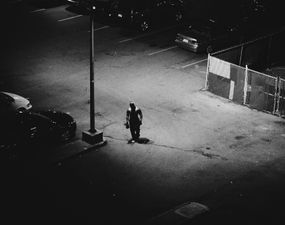 The Singular Loneliness of New York City
Luc Kordas
“Loneliness is New York’s leitmotif. This feeling is palpable everywhere in the city.” A foreign street photographer—now a resident of the city—takes on this modern-day Tower of Babel and shares his discoveries with us. 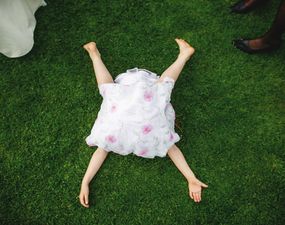 Wonderer/Wanderer
Ross Harvey
“Streets are the canvas of culture, painted upon by the people that walk upon it. To truly know a city you must walk the streets, and when doing so, you may stumble upon the bizarre, the wonderful and the beautiful.” 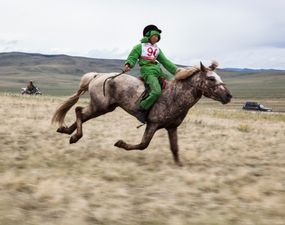 Young Nomads: Child Horsemen of the Mongolian Plains
Chiara Luxardo
The horse is deeply entrenched in Mongolian culture—shortly after children learn to walk, they learn to ride. This interview delves into the unique (though endangered) traditions of this ancient, nomadic people.