Interview
Looking Inward: Insights into Personal Storytelling
Young, talented and never shy of a challenge, Diana Markosian offers penetrating insights into making documentary work that is both personally rewarding and deeply moving for viewers to behold.

Looking Inward: Insights into Personal Storytelling
Young, talented and never shy of a challenge, Diana Markosian offers penetrating insights into making documentary work that is both personally rewarding and deeply moving for viewers to behold.

From a project on her long-lost father to a film on survivors of the Armenian Genocide (1915), Diana Markosian does not shy away from heavy subjects. Her work is mature, honest, and touching. Below, she chats with Blink’s Laurence Cornet about the obstacles she’s faced in the industry, the evolution of past projects and how to stay motivated.

Laurence Cornet (LC): Where was your first project made?

Diana Markosian (DM): Chechnya. I was 20 and had just finished graduate school. I am not sure why one would move to Chechnya, but at the time, it seemed like the natural thing to do. I lived and worked on assignments, trying to make a name for myself. And slowly, I started to find my voice.

My first project followed girls’ coming of age in the context of post-war Chechnya. I was meeting people my age, who had lost their childhood to war. I was an outsider, and they brought me into their world. It was a sense of belonging I hadn’t felt in a long time; Chechnya felt like home.

LC: What obstacles did you face in finding your voice as a photographer?

DM: I didn’t go to school for photography, so when I was starting out, I felt like I needed to prove to myself that I could be a photographer. I think that initial pressure is something we all go through, in any industry, when we are starting out.

LC: And what drives your work now?

Diana: It is a feeling. I like to push myself to do things I’ve never done before.

My work isn’t about the output any longer. It is more reflective. I am looking inwards and learning to be quiet with myself.

LC: What did you learn when working on the project about your father?

DM: I think my strongest work has been through collaboration. It started with the series on my father. When the piece first published, I asked his opinion and he said it was missing his voice. His response made me pause. He was in every one of my frames, yet he didn’t see himself in the project.

That is when I started to realize this project was not just about me: it was about our relationship, or the lack of. I had to involve him in a real way.

LC: How do you get funding that allows you to work on long-term personal projects?

DM: My personal work is my priority. I work on assignments as well, which enable me to focus on my own pursuits. I apply for grants, but I don’t want to rely on them — it’s just not sustainable nor is it feasible in the long-term. My latest project, 1915, started as a commission from a foundation, then turned into a personal project (which I self-funded), and has now become a short film, whose profits fund the initial piece.

DM: I am Armenian by origin, but I’ve never been keen in pursuing a story about the genocide. It felt so distant from me that I never believed I had enough authority to cover the subject. But when a foundation reached out to me about finding the last survivors of the Armenian genocide, I decided to go ahead with it.

When I began the piece, I traveled across the country, and met survivors who were over a hundred years old. I asked them about their childhood and their last memories of their homeland, Turkey. Despite my original distance, I felt connected to their stories. Like me, they were taken away from their home at a young age and never had any sense of closure with their past. It was the same sort of feeling I had growing up in America. This mutual understanding and shared loss drove the rest of my project.

After asking them what they most missed about home, I decided to travel back to their villages and photograph those memories. Eventually, I brought  the pictures back to the survivors, 100 years later.

In the end, this project moved me. I wanted to give something back beyond my images. I started a print sale last year to raise money to help rebuild their homes. We’ve just completed the renovations last week.

LC: You work frequently on emotionally heavy stories; how do you cope with their weight?

DM: I am not sure if I do. But there was a point when the work was no longer about the photography—the work became my life. It all started in Chechnya: something broke inside me and it was hard to understand how to cope with it. I would come home and write down my feelings, trying to understand the girls’ pain, almost as if I thought about it enough, I could somehow take on that pain.

It was the same sort of feeling I had when creating the work about my father. But now it became personal. It was my life. I was vulnerable. And photography allowed me to confront this feeling head on.

DM: I want to keep pushing myself, to challenge myself in a different way. I’ve just finished a new collaborative project with my father. I am now in Georgia, working on something else. I am really not sure if it’s good, but I’ve realized I like this feeling of not knowing.

Nowadays, that’s what drives me. It’s not so much about having my work published, not any more. That’s just the side effect. 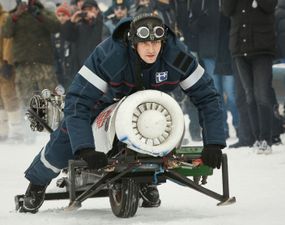 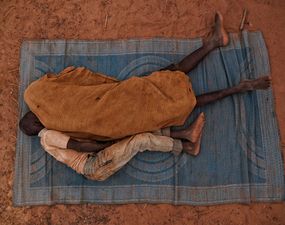 Digging the Future
Matjaz Krivic
In Burkina Faso, men, women, and children scrape at the earth looking for gold, in the hopes of striking it rich. In reality, the workdays are grueling and it can take up to two weeks just to find the amount of gold used in one smartphone. 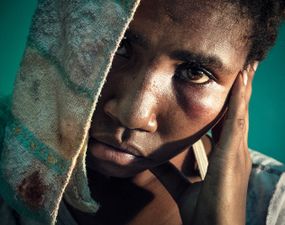 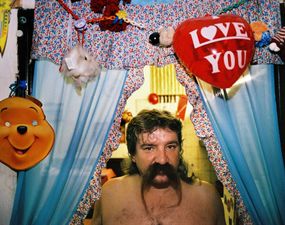 Life in a Block of Flats: Suburban Slovakia
Andrej Balco
This photo essay by Andrej Balco is an intimate view into the lives of people in old prefab apartment blocks in Slovakia. 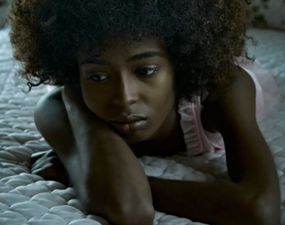