Interview
Raising the Stakes: New Approaches to Documentary and Photojournalism
“When you do good work, it finds an audience.” An impassioned storyteller shares personal and professional insights from her journeys across the African continent.
Interview with Glenna Gordon
View Images

Raising the Stakes: New Approaches to Documentary and Photojournalism
&#8220;When you do good work, it finds an audience.&#8221; An impassioned storyteller shares personal and professional insights from her journeys across the African continent.

Glenna Gordon first traveled to Nigeria in 2011 when the African Artist Foundation exhibited her work at The Lagos Photo Festival. She was in the country for only three days, exhibiting work made in Sierra Leone, when she realized she wanted to work there. A year later, she got her chance.

In this interview, Gordon talks about her work in Nigeria, her experience in different parts of the country, and her unique take on documentary work and photography. She also just finished her first book, Diagram of the Heart, which she discusses at length below. 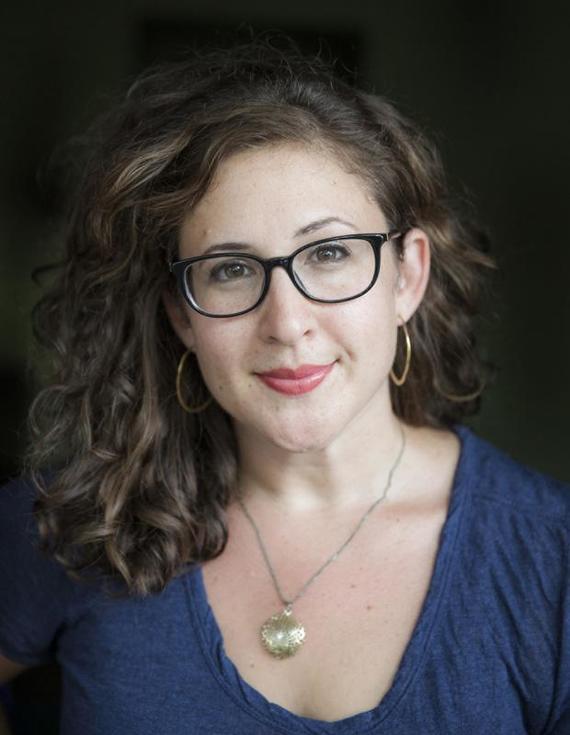 Laurence Cornet: Can you describe your projects in Nigeria?

Glenna Gordon: When I first went to Nigeria, I was doing a combination of assignment work and a project called “Nigeria Ever After,” where I basically crashed dozens of Nigerian weddings. I had realized that I could use marriages to tell different stories. Weddings allowed me to talk about gender, class and religion in a way that is not overt but provided an important entry point. As I covered various ceremonies, I found out about a mass wedding in the North. After reading the Nigerian romance novel, Sin is a Puppy that Follows You Home, I made plans to cover the mass wedding and also start a new project on the writers behind these books.

While I was in the midst of spending all of this time in the North, the schoolgirl abduction story broke and I wanted to report on it. A lot of editors were asking me for photos of the protests in solidarity of the “Bring back our girls” movement, but I knew going in that direction would have distracted me from what I wanted to do. So, I turned down those jobs and used the protests as an opportunity to meet people from Chibok, the town where the girls were kidnapped. At one protest, I met a man who helped me collect the majority of the items belonging to the girls. I then photographed them in a studio in Abuja, the capital.

LC: You like to tell stories by using artifacts rather than facts. As you write in the introduction of your book, you try to step back from traditional photojournalism. Can you tell me about your approach to  documentary work?

GG: When I first started working on Diagram of the Heart, I made very formal portraits of the novelists and photos of the production of their books. It was a very straight-forward approach. I knew I wanted to do more but I didn’t really know what.

When I was back home in New York, I showed my work to friends and other photographers and the most common suggestion was to re-enact the scenes from the books. Yet I had never felt drawn to take on that approach. Instead, I tried to think about how to look for abstract moments, images that were a little quieter and offered a nuanced story about a place.

So, I kept doing the things I had always done—going to weddings, hanging out with ladies, stopping by and greeting people and I just kept taking pictures. It took me awhile to make sense of the pictures, to make them hold together and point to something. But in the end, I had found something that I hoped couldn’t quite be articulated in words.

LC: Do you think your approach also provided a way to go against the typically codified iconography of Africa?

GG: Yes, it’s really easy to go there as a photographer and take images that confirm our preconceived narratives about Africa—whether it’s famine and refugees or mobile phones and a new elite.

LC: At the end of your book, you thanked Tim Hetherington. How did he help you?

Glenna: I met Tim in early 2009 when I moved to Liberia from Uganda. He had come back for an assignment and had copies of his book. I had never seen a photo-book like his before: it blew my mind.

Tim wasn’t just a photographer: he helped the UN after the war in Liberia to collect evidence and prosecute people. When he left Liberia, a lot of the jobs normally offered to him were given to me. This was in 2009, when the media was in really bad shape and there was very little money for expenses. I was not only very lucky to get these gigs, but also fortunate to have Tim’s help as I developed my career.

He was an amazing example to follow in terms of expanding the limits of documentary photography and being deeply intellectually rigorous in his approach.

LC: What were other transforming points in your career?

GG: I was living in Liberia and getting a lot of work.  I came back to New York for the first time in 2011 and met photographers Alan Chin and Jason Eskenazi from Red Hook Editions. They got me thinking about the kinds of photos that could work well within a long-term project even if they weren’t necessarily photos that I would choose for my assignments.

I remember Alan saying: “This is a great situation where you failed to make a great photo.” And I remember Jason asking me what poetry and music I liked. All of those questions really set the course for the next couple years of my work.

It’s always hard to say how much external validation like that matters. I certainly was working for many years without it, and I’d like continue to make work for many more years with or without more of it.

LC: How do you find a balance between what you believe, what you want to develop, and the stories you have to shoot to finance such projects?

GG: It’s definitely not easy. When I was working on the novelist project, I applied for a lot of grants and never got any of them. Still, I’m grateful for the support of the Open Society Foundation for putting the shows together and bringing attention to the work.

LC: Where do you see opportunities for photographers to develop and distribute their stories?

GG: I continue to believe that when you do good work, it finds an audience. There are a lot of conversations about ways to use social media to promote and distribute your work. But that conversation loses the first step in the process, which is: how do we improve our work?

I’m not sure an editor would ever have thought to assign me to crash dozens of Nigerian weddings, but I continue to be pleased by how many people are excited about publishing this kind of work now that it’s finished.

LC: What is your next move?

GG: I’m finishing my book and am excited to start new projects in new parts of the world. It’s daunting because I know West Africa so well but I feel like it’s time for me to push myself to work in new places.

I want to continue to raise the stakes in my work. Previously, I’ve achieved that by going to new places—harder and harder and more dangerous places. But next up after Northern Nigeria are places like Syria and Pakistan and I’m just not willing to take those risks.

But I would like to take other kinds of risks—ones within my own work. I don’t know what that means, or what that looks like yet, but every time I’ve shifted from one phase of my work life to the next one, I haven’t known what it will look like.

Of course, I’m certainly afraid that whatever I do next won’t be as good as what I’ve already done. But I also know that if you aren’t failing, you aren’t really trying. So I have a certain expectation of failure in the immediate future and in a lot of ways, that is very liberating.