Feature
Face It: Reimagining Contemporary Portraits
What goes into putting together an exhibition of portraiture? What makes a picture of another person resonate with meaning? A wide-ranging group show explores these questions.

Face It: Reimagining Contemporary Portraits
What goes into putting together an exhibition of portraiture? What makes a picture of another person resonate with meaning? A wide-ranging group show explores these questions.

This essay has been adapted from the exhibition catalog “Face It: Reimagining Contemporary Portraits.” To accompany the words, we’ve included a selection of portraits from the exhibition. For further information, please see the links at the bottom of the article.

Let’s face it: for many of us, pictures of people are not that interesting unless the pictures are of us or of someone we know or maybe of someone we love or admire.

Let’s face it: images, as objects on walls, offer a slow-moving exchange, one that takes time—a precious resource.

Whether or not one follows baseball, Derek Jeter is a name most people recognize and a person many admire. Two years ago, Jeter retired from the New York Yankees, and the New York Times published a portrait of him by Andrea Modica that had not been included in her first book, Minor League (Smithsonian Press, 1993). For our family, a Yankees/Red Sox blend, Jeter, alone and consistently, brought us together. He is an idol to our son who, like many boys, dreamed of the majors one day. I had to have this picture. Andrea saw, as she stated in the Times article, Jeter’s elegance—a quality he maintained throughout his nineteen-year career. This picture, this object, lives in our house. And now, looking at this image (and it takes time to understand it), you may see the possibilities, hopes and aspirations that you share with Jeter, as I do. Great portraits can do this.

Every year, for a very long time, I have requested that three pictures be among those I show to my students. In chronological order they are: August Sander’s “Pastry Cook,” 1928; Yousuf Karsh’s “Ernest Hemingway,” 1957; and Sally Mann’s “Jessie at Five,” 1987. Each presents a particular approach to the photographic portrait, and each provides roots to the contemporary work on view in the Dorothy Uber Bryan Gallery.

In assembling an exhibition on contemporary photographic portraiture, or more simply, pictures of people, I thought about photographers who have contributed significantly to the field of photography and for whom I reserve a very special admiration. Many of these artists have been instrumental in helping me to see, and seeing clearly is the root of all great portraiture. Several have been my teachers: Nicholas Nixon, Thomas Roma, Nancy Hellebrand, Sage Sohier and Jo Ann Walters. All of them inform my thinking.

New acquaintances—Carlos Diaz, Jess Dugan, Alejandra Carles-Tolra and Marc Elliott—contribute additional, essential, breadth. At a moment when pictures of the self and others are captured and virtually shared at an enormous rate, this exhibition specifically celebrates the physicality, in its making and materials, of the photographic portrait in the contemporary American and international landscape.

Jeter was one of the greatest shortstops ever. Hemingway was a pivotal player in the reformation of language and style in American literature. Modica and Karsh have given us pictures of heroes—superstars—and these images stop us, draw us in and slow down time. For a moment, these iconic figures, Jeter and Hemingway, step off of the pedestals upon which culture and time have placed them. Surprisingly, they are quite human, like you and me. In contrast, Sander’s “Pastry Cook,” or Mark Steinmetz’ “Hitchhiker,” or Nancy Hellebrand’s “Elsie Hendley,” are ordinary people. Yet they are, arguably, as riveting as our heroes. Sander, with a roughly 5x7–inch camera and film, combed Germany for a comprehensive understanding of her citizens. He discovered rich diversity, a troubling discovery for some, as Nazi Germany was to reveal a year or two later.

Mark Steinmetz, with his film cameras, examines specific locales both in the U.S. and internationally to locate and understand the circumstances in which we find ourselves as technology and culture move us further apart. Nancy Hellebrand travelled the streets of London to meet and understand ordinary citizens, revealing them through the backdrop of their homes. In concert with the images of Jeter and Hemingway, Hellebrand’s images provide a symphonic view into the complicated terrain of a shared humanity. In each, there is a delicate collaboration between artist and subject, because there is a calculated air between them. The result, the picture, resides in a space somewhere between truth and fiction.

Truth and fiction are like a Magic 8 Ball for photography. One can turn over a picture—so to speak—dozens of times and find a different “answer” each time. Contemporary photographic portraiture (indeed, all photographic portraiture) reveals as much about the subject as it does about the artist and his or her cultural context. Sally Mann’s “Jessie at Five” is an exquisite image of Mann’s five-year-old daughter, and yet the girl projects a poise and maturity far beyond those years. Thomas Roma’s image from “Waters of Our Time” is a compelling portrait of a young woman who is figuratively perched on the edge of the world, its infinite possibilities on her shoulders.

Jess Dugan’s intimately staged “Self-portrait (bath)” confronts us head on with the pain as well as the perseverance associated with carving out one’s identity.

These and other images in the exhibition are of private spaces—sanctuaries of free expression—but they are opened up for public consumption. Mann’s work, as some may remember, provoked controversy, as did Sander’s portraits from his “Citizens of the Twentieth Century” project. Each presented a narrative that ran contrary to the preservation of certain ideals. Yet, insistence on freedom of expression and collapsing boundaries of all types has been the work of artists since the beginning. And photography has been instrumental in facing and exposing some of the many complex and troubling predicaments that humans create.

In “Face It,” reverence for the subject is common to the works, as is the acknowledgment of time and its passing. For me, the three artists’ images from the Toledo Museum of Art set the stage on which the remaining twenty-four artists all play. The football players in David Hilliard’s locker room, “The Aftertaste of Ritual,” is a sweet elegy to high school athletic heroes everywhere.

“Emily with Grackle,” Barbara Bosworth’s bird banding picture, nods to Sander’s “Pastry Cook.” The pride and resilience in each tells about work and time and noticing things un-noticed before, and, ultimately, the vanishing of those very things.

Finally, Elizabeth Bick’s image from her “Beatification” series focuses on a woman whose identity is worn on her clothing. This detail, her nametag, serves as a reminder that our name, like our face, is the gateway to our identity—without one or the other we are somehow less visible. Like many of the subjects in this show, in the hands of this artist, Sandra is elevated beyond her ordinary status. And standing in front of this, like so many other faces in this show, we are invited to look and to know each one of them as belonging to significant elements found in each of us.

I am profoundly indebted to and grateful for these artists. The generosity found here in “Face It,” on every level, is truly spectacular. Thank you all for graciously sharing your work with us. 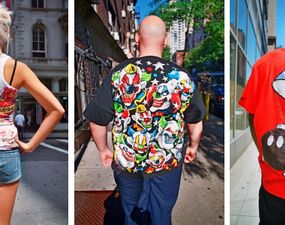 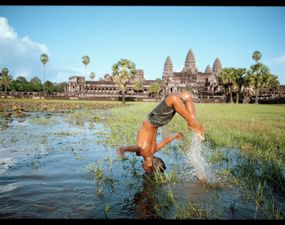 The Mekong: Stories of Man
Lâm Duc Hiên
A powerful visual narrative that takes us along 4,200 km of Southeast Asia’s longest river—and shows us the countless stories that can be found on its banks. 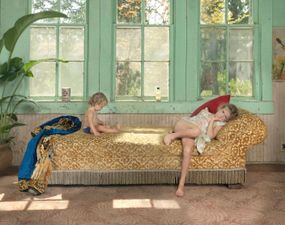 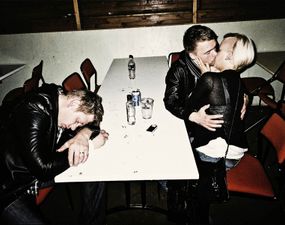 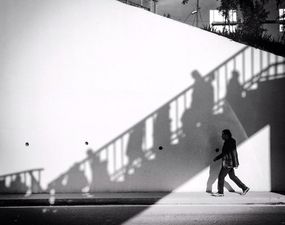 Mobile Street Stories: H-artcollective
Sevil Alkan
Mobile photography makes it easier than ever to document the world—and in new, inventive ways. Indeed, it seems this growing, global movement is making its mark on the very boundaries and direction of contemporary photography itself. 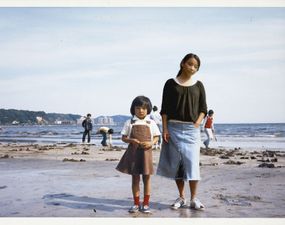