Feature
Strangers in the Light
Catherine Balet explores the dominance of media screens in contemporary life, and her images also refer to the narcissistic self-awareness expressed on social networks and the current approach to quick, light mobile photography that affects our visual culture.
Photographs by Catherine Balet
View Images

Strangers in the Light
Catherine Balet explores the dominance of media screens in contemporary life, and her images also refer to the narcissistic self-awareness expressed on social networks and the current approach to quick, light mobile photography that affects our visual culture.

One summer night Catherine Balet was inspired by the sight of a young couple, standing in the sea bathed in moonlight, shooting a self-portrait with a mobile phone. She was touched by the beauty of the scene, the two white bodies revealed by the lightning of the electric flash, and was struck that this was the point where technology met romanticism. The future embraced the past, blending the blue technological gleam with the natural golden light. This digital twilight glow was like the chiaroscuro of the 21st century.

Strangers in the Light explores the dominance of media screens in contemporary life, from a connected family gathering to a online confessional. Landscapes or interiors, her images also refer to the narcissistic self-awareness expressed on social networks and the new approach to quick, light mobile photography that affects our visual culture. All scenes are lit exclusively with the technological devices generating a mysterious beauty. Balet casts a fascinated, sometimes ironic, eye on the intricate relationship between man and technology, providing a captivating portrait of our society that hovers between fictional and documentary.

Catherine Balet showed her portfolio to reviewers at Lens Culture FotoFest Paris 2011, and as a direct result, her work was selected to be featured at the photofestival Festival de la Luz in Argentina in the summer of 2012, and one image was shown as the cover of the Argentinian photography magazine FotoMundo. 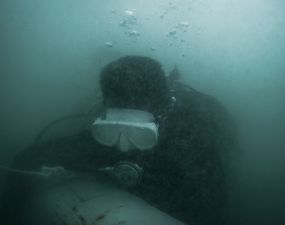 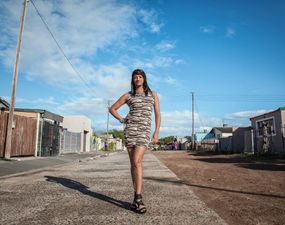 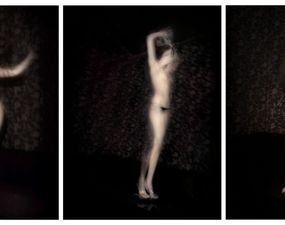 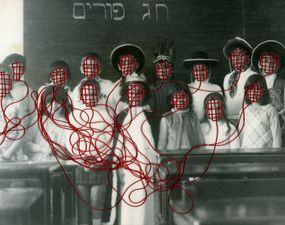 Photos-Souvenirs
Carolle Benitah
With beads, colored thread and scissors, French photographer Carolle Benitah has altered her family photo albums to explore the memories of her childhood, and as a way to help her understand her current identity. 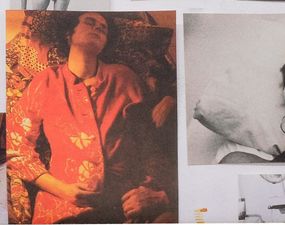 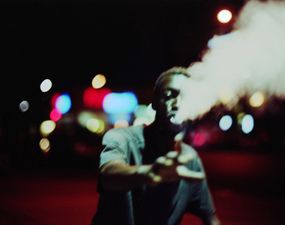