The self-portrait genre is gaining ground in contemporary photography, and today’s globalized world seems to be giving rise to a new and urgent desire for a personal identity.

For the Japanese-born, London-residing photographer Chino Otsuka, the quest for identity is the central theme in a notably autobiographical oeuvre. She approaches her way of ‘being’ through intriguing variations on her own self-depiction. But it is the context, in particular, within which she positions her own presence – or her absence – and the literally seamless ways in which she links the past and the present which make her oeuvre such a compelling ‘lieu de memoire’.

The imagined and the real, reflection and projection, past and present are all recurring themes and the driving force behind Chino Otsuka’s work. The core of this work is formed by the series Imagine finding me, a series of twelve unique ‘double self-portraits’ made between 2005 and 2009 which are created around a collection of childhood photographs taken from Otsuka’s family album. Here, the older Chino Otsuka uses a digital time machine to revisit her younger self in photographs of journeys she made with her parents as a child. ‘1977 and 2009, Jardin du Luxembourg, France’ runs the caption to one such photo; ‘1982 and 2006, Tokyo, Japan’ another.

‘Memoriography’ and the British Library

The videos she created in 2009 and 2010 entitled Memoriography I and Memoriography II – situated in her doorway in Paris and her street in Kitakamakura, Japan, respectively – deepen the theme explored in Imagine Finding Me. Here, time itself now literally forms part of the work, as the image of the younger Otsuka gradually fades to give way to her older self.

In 2007, a Pearson Creative Research Fellowship gave Chino Otsuka the opportunity to spend a year working with the British Library archives. She explored both the photographic and the sound archives, and combined her discoveries with her own visual and sonic memories. Her work has also been broadened by the incorporation of historical material, as in Memoriography from the British Library, 1906 and 2008, Kamakura, Japan: a 1906 photo from the British Library’s Photography collection, of a lonely figure standing in front of a Buddha statue in a place Otsuka knows well because her grandmother lives close by, inspired her to return to this location. Memoriography from the British Library, 1906 and 2008, Kamakura, Japan combines Otsuka’s self-portrait in the present with the location’s past. The addition of sound yields an experience that gives an even deeper dimension to her work.

Given her remarkable life story, we should not be surprised that the work of Chino Otsuka (Tokyo, 1972) has an autobiographical character. In 1982 she exchanged the strictly traditional Japanese school system for Summerhill School, an alternative boarding school in Suffolk, England founded in the 1920s by the progressive educationalist A. S. Neill. At this school the child’s own wishes are paramount. For the first two years Otsuka attended no lessons at all, but by the time she left the school she had gained certificates in English, Photography and Chemistry. She went on to study photography in London, University of Westminster (BA in Film, Video and Photographic Arts) and at the Royal College of Art (MA in Fine Art Photography).

Chino Otsuka belongs to the first generation of young Japanese who left the Japanese education system at an early age to study abroad. In Japan, Otsuka has published four books. The first book, about her years at Summerhill School, Chino’s Diary (1987), which she wrote at the age of 15, is still widely read in Japanese schools. In the photographic series Summer (2001), she revisits the site and stages self-portraits. Her photographs are carefully constructed to emphasize the relationship of the figure to a specific space. She does this by employing techniques used in cinema and film to allow viewers to develop an emotional response to her work. Summer conveys a sense of fleeting time and capturing the memory of endless English summers.

In 1997 Chino Otsuka’s photography graduation projects Deep Fried and Frozen caught the eye of the late fashion editor Isabella Blow. Otsuka worked on number of fashion projects; together with her partner Norihide Mizuguchi, a specialist in digital arts, they collaborated with Isabella Blow for the Sunday Times Style Magazine.

Today Chino Otsuka continues to explore the relationship between photography and memory. For Otsuka, memory is a form of storytelling and this narrative element is very important throughout her work. The series Tokyo 4-3-4-506 (1999), for instance, was made in the Tokyo flat where Otsuka once lived with her parents. In Generations (2000), which was inspired by traditional Japanese film stills, she appears together with both her mother and grandmother. In Family Reunion (1998), made in Arles, reflective surfaces project blurred, brittle images of Otsuka in the company of her long divorced parents. In the more recent series Photo Album (2011–2012), she reproduces the pages of photo albums. The pages have had all photographs removed from them, leaving captions, photo-corners and a faded outline from where the picture lay. As Otsuka describes, “By imagining the invisible images that once filled these empty pages — by photographing something that isn’t there, something that I cannot see — I’m creating a new image, a new memory.”

Huis Marseille Museum of Photography in Amsterdam presented the first retrospective of Chino Otsuka’s work in 2012. The exhibition was accompanied by the publication of a new book, “Chino Otsuka: Photo Album,” with texts by Els Barents and Greg Hobson. The book is excellent and highly recommended. 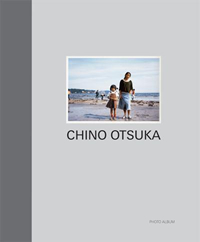 Shifting States: New Role of Photography in Weekly Magazines
Andreas Trampe
What’s new in news photography? Senior Picture Editor Andreas Trampe of ‘Stern’ offers his take on the shifting sands of an industry and shares his tips on how to reach out to photo editors. 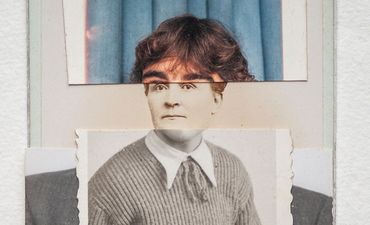 In Search of the Poets and New Masters of Street Photography
LensCulture Editors
Who are the next great street photographers? Where will we find them? Photo editor Olivier Laurent shares his insights. 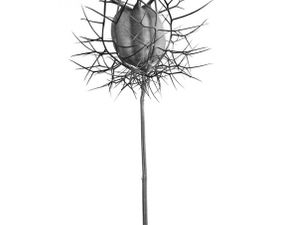 Planta Sapiens
Eldar Zeytullaev
Do plants have “personalities”? These stark still-life portraits of plants attempt to portray a wide range of human-like characteristics in their subjects. 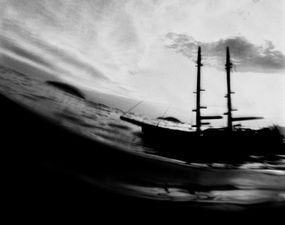 Periscope
Jose Diniz
A dark, rich, velvety photobook—we’re immersed here in the sea, off the coasts of Brazil and Uruguay, bumping up from below to catch a whale’s eye view, and then down again, only to surface in another spot with another vista, another... 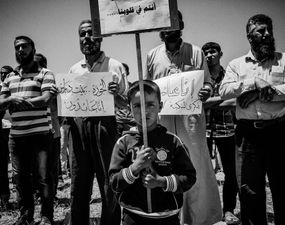 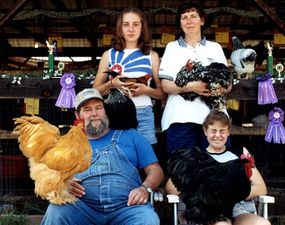 Till the Cows Come Home:
County Fair Portraits
Dan Nelken
Dan Nelken takes a long loving look at the competitions at county fairs in America, and gives us a gift of early 21st century rural Americana, circa 1998 - 2007. 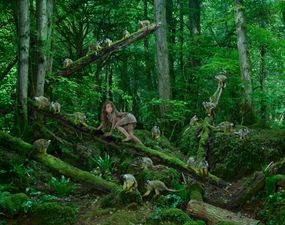 Feral Children
Julia Fullerton-Batten
History is filled with examples of humans, often children, gone “feral”—raised by wolves, dogs, monkeys and more. These staged portraits recreate moments from these fascinating stories, probing into the question of what really makes us... 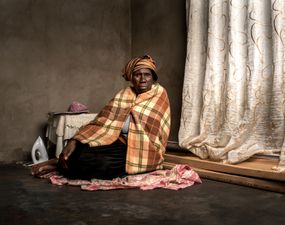