Feature
Vertigo
These graphic, layered images explore the materiality of photography while also offering a beautifully dark vision of our world. One of our picks for photobook of the year.
Photographs by Daisuke Yokota
View Images

Vertigo
These graphic, layered images explore the materiality of photography while also offering a beautifully dark vision of our world. One of our picks for photobook of the year.

Since self-publishing his first photobook in 2010, Daisuke Yokota has been on what many would call "a roll." From 2010 til today, Yokota's name has graced the pages of no less than eleven books and it seems that he has no intention of slowing down.

Simon Bowcock, a contributing writer for LensCulture, wrote about Yokota's Vertigo series earlier this year, after seeing the pictures at Paris Photo:

His latest book, Vertigo, consists of (literally) dirty little pictures: the images themselves seem covered in dust and dirt. Darkroom 'mistakes' become part of the work. Dirty curtains, dirty bodies, dirty things we can’t identify, a dirty landscape (or is it a dirty sea?). A human back, seemingly riddled with some terrible disease; but the disease is on the bed and in the shadows too. It calls to mind all those invisible germs, all that’s wrong with things beneath the surface...but here, they are presented on the surface. Dirt, bacteria, worms—everything is infested, but made visible at the same time.

A photograph normally hides itself behind its subject: in presenting an image of a thing, it usually tricks us into considering that thing and into ignoring the photograph itself. By including the photographic process so obviously in his work, Yokota reminds us that a photograph is a ruse where a whole host of choices and manipulations result in a fabrication. His distorted, feedback-ridden facsimiles of the world remind us that all photographs are distorted facsimiles. In other words, Yokota's obvious layering makes plain photography’s dark secret: although every photograph speaks some kind of truth, it also tells many lies. In making this clear, his photographs are more truthful than most.

Yokota is a rising star in the world of Japanese (and international) photography. We have almost certainly not seen the last of these "dirty" yet seductively layered images. A great book, with more on the horizon. 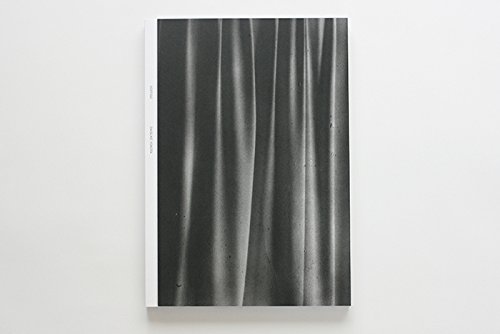 
Simon Bowcock writes about photography for various magazines and media in Austria, France, America, the Middle East and the UK (where he lives). His own music photographs have appeared in titles ranging from The Guardian to The British Journal of Photography, and will soon be in Time Out. You can find samples of his various works on his website. He can be found on Twitter as well.