Feature
What He Sees Who Is Perfectly Still
A reflection on the work of Russian photographer Emil Gataullin—beginning with his childhood in a small town beyond Moscow and running through his arresting, contemplative street photography.

What He Sees Who Is Perfectly Still
A reflection on the work of Russian photographer Emil Gataullin—beginning with his childhood in a small town beyond Moscow and running through his arresting, contemplative street photography.

Russian photographer Emil Gataullin was largely unknown in the West until he submitted his work to the Alfred Friend Photography Award in 2014. Thanks to his recognition in the award, his sizable oeuvre began to receive more attention, resulting in the publication of a book titled Towards the Horizon. The following text has been excerpted from the volume’s beautiful introduction, written by Peter-Matthias Gaede.

Gaede has graciously agreed to let us publish a sample of the text. We encourage you to seek out the book itself to read the rest and, of course, discover all of Gataullin’s special pictures.

“…my pictures are not projects. Just moments of life. And they make a sense of their own.”

Emil Gataullin’s oeuvre, if one may already speak of an oeuvre, had been largely unexposed in the West when, in 2014, the jury of the Alfred Fried Awards took notice. Gataullin had submitted some black-and-white photographs of village life in Russia, pictures of a quiet, slightly melancholy, poetry. Gataullin’s photograph of two boys, upside down on a swing, prevailed against 5200 competitors from nearly 100 countries. It became the Peace Photo of the Year. And it did not take long before someone first proclaimed that Gataullin was a Russian [Henri] Cartier-Bresson.

That is a big word, yet it and seems obvious if you look at Gataullin’s skill for presenting even something insignificant in such a way that the viewer can hardly look away. You think you are looking at a secret; you are seized by an emotion that is hard to read. But before you hide a person behind a monument, you should get to know them first.

Who is this Emil Gataullin, this reticent, slender man with slightly greying hair, born in 1972? Even at a meeting in spring 2016 in Vienna, you notice how foreign the excitement of the international photographers’ scene is to him. Gataullin is quiet, tentative, when he talks about his life, which started 750 kilometers east of Moscow, in Yoshkar-Ola, on a tributary of the Volga River. His father, a singer. His mother, a music teacher. But even when the family moved to the big city of Kazan, the boy retained his penchant for the province, for the small town, the village cosmos, where he spent almost all his holidays with his grandmother and an uncle. Where he tended cattle, gathered mushrooms, went fishing. “It was the best time of my life,” recounts Gataullin, and this is a key sentence for understanding his ongoing photographic returns to the village, his escape from Moscow, where he lives with his wife and daughter in a suburban estate from the Khrushchev period.

…Just as he used to photograph inside and around the house of his grandmother—firewood, orchards, harvests—so he now photographs “simple things.” He looks for them by putting one foot before the other. Via his camera, a Leica now, he gropes towards a non-verbal communication, pays attention to faces, seeks a quiet agreement. The camera makes him talk. Normally he likes to be silent. “You approach gingerly, even if these are still lives. You have to move gently…one word can ruin everything.” A kind of instruction by Cartier-Bresson, which could also be Gataullin’s credo…

Peter-Matthias Gaede was a reporter for GEO magazine for ten years and from 1994 to 2014, its Editor-in-Chief. 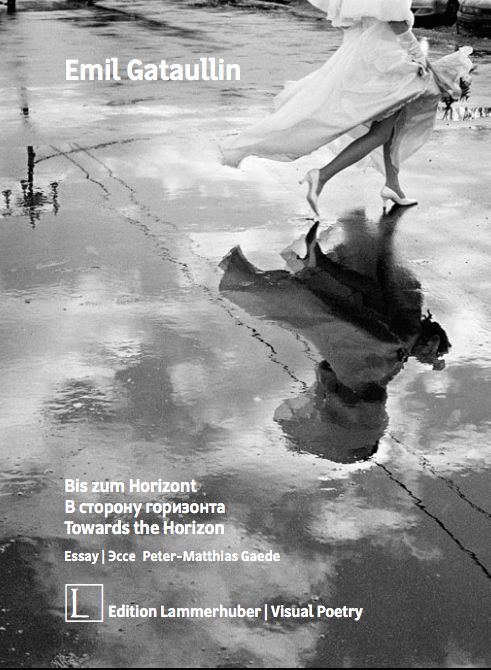