Interview
How Do Emerging Talents “Emerge”?
The idea of an “emerging talent” is an enticing but nebulous concept. Who are these talents? How are they discovered? How do they emerge? By following the arc of two very different artists, some general principles become clear.

In conversation with Chris Littlewood, Photography Director at Flowers Gallery

How Do Emerging Talents “Emerge”?
The idea of an “emerging talent” is an enticing but nebulous concept. Who are these talents? How are they discovered? How do they emerge? By following the arc of two very different artists, some general principles become clear. 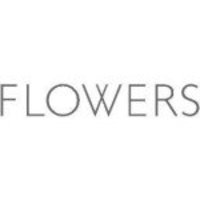 The idea of an “emerging talent” is an enticing but nebulous concept. For a photographer, it’s great to be labeled a talent and exciting to feel that your best work is ahead of you. But who are these talents? How are they discovered? What sets them apart? How do they “emerge?”

In search of some concrete answers to these elusive questions, we sat down with Chris Littlewood, the Director of Photography at the renowned Flowers Gallery (London, New York, Hong Kong). We were particularly interested to speak with Littlewood because of the gallery’s long-standing commitment to, yes, emerging talent. While Flowers represents a roster of well-established artists, they have also helped nurture and develop the careers of many (previously) unknown photographers. We are honored that Chris Littlewood agreed to be a member of the jury for our Emerging Talent Awards 2017.

In our conversation, Chris Littlewood focused on just two artists (whose narratives we detail below). But if we had continued down the list of Flowers’ spate of “emerging” success stories, a handful of (nearly) universal principles would hold true in each case:

First, an emerging artist should be productive and energetic—active, but not overbearing. Patience is absolutely key. Most importantly, Littlewood emphasized that emerging artists need to find a balance between creativity and organization. Art is an emotional undertaking, but if it is to support you financially, it must also be seen as a business. You can’t proceed solely by gut feeling. Ultimately there has to be a mix between intuition and more calculated strategies.

As an artist, it is fundamentally important to have free-form and creative periods that are not governed by the clock or finances. Whether taking on a residency, attending a workshop, staying in your studio or traveling on location for a period of time, such periods are invaluable. But they also take up time and need to balance with stretches defined by clear structure and a rational focus.

To sum up, active promotion of the work needs to follow periods of artistic production. Promotion involves going to festivals and fairs, entering competitions and open calls, submitting to publications, and so on. As Littlewood put it, the time spent creating must be paired with time spent diffusing. Creativity itself, almost paradoxically, must have its own organization.

Of course, such thinking has limits. Littlewood made clear that there are no strict rules or timelines—everyone creates at their own pace. But he also offered important insight about the pressures of time from the gallery’s perspective; artists must remember they don’t create in a vacuum. On his side, Littlewood runs on a “natural time span” of about two years. Within that period, if the gallery receives no updates from an artist, it’s possible they will begin to lose interest and start showing other artists’ work. Similarly, collectors will start looking elsewhere. Thus, artists who want to build supportive relationships with galleries must recognize the give and take required. While every update doesn’t need to constitute an entirely new project, communication and consistency are key. If production or reflection are the focus for an extended spell, perhaps there are just one or two new prints, or a publication. But at the very least, staying communicative is essential. In the end, artists must remember that their gallery representation is a relationship, which—like all relationships—needs attention to flourish.

The road for emerging talents is neither obvious nor prescribed. Everyone follows both their own creative path as well as a personal path towards discovery and public notice. But there are certain best practices which every aspiring artist should recognize, whether they’ve been working for two or 20 years: as long as they work hard and remain consistent in their dedication and vision, the possibility of recognition remains ever-present on the horizon.

To further demystify the process, LensCulture managing editor Alexander Strecker asked Littlewood to pick two very different artists that Flowers represents and walk us through their “emerging” process, step by step. Before beginning either narrative, Littlewood made clear that there is no set path by which artists are discovered by Flowers: “It’s always different, every single time.” But we hope by describing the process in detail, some general principles can be gleaned.

Tom Lovelace is a multidisciplinary artist whose work crosses sculpture, performance and installation, whilst his final output is often realized through photography. Recent projects include At Home She’s a Tourist, an exhibition curated by Lovelace as part of Photo London and Peckham 24, an upcoming sculpture commission at the Yorkshire Sculpture Park as part of the outdoor exhibition On the Heights.

Tom Lovelace’s work was known to Littlewood before he started his tenure at Flowers Gallery. Littlewood had appreciated Lovelace’s work at a small group show in East London. It was an open call exhibition with many artists involved; Lovelace was not long out of university and this may have been one of his first shows outside of the academic context. Littlewood was impressed by the work and its mix of industrial, sculptural and photographic qualities.

A few years later, in 2010, Littlewood (now at Flowers) was serving on the jury panel for a bursary award. Part of the prize was an exhibition at the gallery. Lovelace’s work appeared among the applicants where it registered for Littlewood, reaffirming his initial response. It was here that one of Lovelace’s key qualities made itself known. While the shortlisted artists were offered a production budget by the bursary to print and frame their work, Lovelace turned down the offer. Because of the particularities of his artwork, he insisted on making his own frames—he argued that the frames were very much a part of the overall quality of his works. In Littlewood’s eyes, this showed that Lovelace had the uncompromising vision of a true artist: he didn’t take an easy shortcut and instead stuck with his idea of how to create the best possible presentation, making full use of the opportunity to show works in a top gallery.

Even in this early exhibition, some of Lovelace’s work sold (in part, we can imagine, thanks to their distinctive frames). This initial success impacted the gallery’s decision to fold Lovelace into some of Flowers’ programming. Littlewood noted that “Collectively as a gallery, we just felt that Tom’s overall practice was well-aligned with the gallery’s values.” Following this, the gallery proceeded to include him in a sequence of group exhibitions and art fairs, and offered him a solo exhibition in 2015.

During our conversation, Littlewood emphasized that having a long-term vision is essential. For example, following the solo exhibition at Flowers, Lovelace took the initiative to create a publication based on the show titled This Way Up. By commissioning a short text and working collaboratively with a designer, Lovelace was able to create an object that would outlast the exhibition.

Besides vision and passion, what attracts Littlewood to working with artists like Lovelace is a high level of professionalism and integrity. As Littlewood said, “A lot of it comes down to attitude. Tom has always been forthcoming and communicative. Since he works with photographs and sculptures, he’s always searching for ways to utilise the physicality of gallery spaces. Integral to this is a spirit of collaboration and openness, where the artist allows the curator’s voice to play a role in the final display. In the end, he makes excellent work but he’s also a joy to work with. All of these things together make a huge difference.”

Before describing Julie Cockburn’s career arc, Littlewood made it clear that he was reluctant to describe her as an “emerging talent.” After all, she had been actively exhibiting her work for some time before she began exhibiting at Flowers. At that point, her career was very much progressing—yet she was not known internationally. Putting labels aside, her story is emblematic of the ways in which artists can emerge and evolve at any time, for a wide variety of reasons.

It is also worth noting that Littlewood is unclear if Cockburn even owns a camera. Like Lovelace, her work transcends different media, combining sculptural forms and images. Unlike Lovelace, Cockburn actually originated from sculpture, but it was her use of the found photograph that drew Littlewood’s attention. Flowers placed her work in the context of their photography program, where photography critics and writers began noticing it. This helped to initiate a snowball effect of more gallery shows, inclusion at photo fairs and festivals, and ultimately museum exhibitions began to accumulate. Whilst Cockburn’s work is also presented in the broader critical context of appropriation, the crossing of disciplines has undoubtedly played a role in bringing her recognition. Cockburn is currently in the midst of her fourth solo exhibition at Flowers.

It was here that Littlewood stressed the correlation between the idea of emerging and age is irrelevant. Anyone is capable of reinventing themselves at any time. In Cockburn’s case, through the crossing of disciplines, she was able to create surprising results and produce work that people weren’t used to seeing. Littlewood said: “Think about the contexts where your work may not be appropriate—it could have the potential to stand out. Try to open the horizons a little bit. Put yourself out of your comfort zone.” In other words, sometimes by jumping tracks, you can pick up a thrilling new head of steam.

In a different interview, Chris Littlewood was asked for his one single tip to emerging photographers. His answer was to watch this video. We did and think it’s well worth the time:

If you want to read our previously published profile of Chris Littlewood, you can find it here in an overview of one of our previous competition’s juries.