Feature
Exposure Awards Juror Profiles and Advice, Part I
Insights into the personal and professional opinions of four of the jurors who will help decide this year’s LensCulture Exposure Award winners and finalists — words of wisdom and advice that are useful to any serious photographer!

Interviews with the members of The Exposure Awards Jury

Exposure Awards Juror Profiles and Advice, Part I
Insights into the personal and professional opinions of four of the jurors who will help decide this year’s LensCulture Exposure Award winners and finalists — words of wisdom and advice that are useful to any serious photographer!

As part of the LensCulture Exposure Awards 2015, we will be interviewing the members of our international jury to learn more about their perspectives on photography as well as to get them to offer some advice to up-and-coming photographers looking to break through in their careers.

Managing editor Alexander Strecker reached out to four individuals from our esteemed panel. Here’s what they had to say: 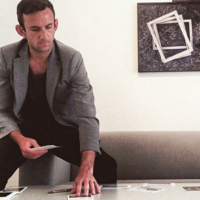 Since 1970, Flowers Gallery has been a leading champion of contemporary art, spanning all mediums and genres. With the establishment of the gallery’s latest East London location, Flowers has redoubled its commitment to discovering and exhibiting world-class photography.

Chris Littlewood, in his role as Photography Director, is responsible for putting together a diverse and engaging program that builds upon the work made by the core group of represented photographers. This international group is highly regarded around the world whose work deals with important sociocultural topics. Examples include the man-altered environment (Edward Burtynsky), life in mega cities (Michael Wolf) and the changing face of China (Nadav Kander), among others.

To characterize a “Flowers” photographer, Littlewood would say he is “attracted to photographers who have the potential for a long-standing chain of projects—those who have decided to engage in a particular discourse through photography. After all, the people whose work becomes the most recognized in the field are admired for building a body of work that is deep and engaging, working critically with one theme over the course of a lifetime.”

But besides working with established photographers, Littlewood is also busy developing a parallel track for experimental, emerging talents. In this capacity, the gallery chooses artists who are pushing the boundaries of the medium and what photography can be. Here, Littlewood also has the chance to call upon outside guest curators and engage with a wide variety of individuals in the photography world.

“Take your time. It’s a marathon, not a sprint.”

Thus, as Littlewood gets to work with both the most preeminent names in the field as well as up and coming stars, he is well-positioned to offer advice for those looking to break through. Especially when working with younger photographers, Littlewood finds one theme coming up again and again: “Take your time. It’s a marathon, not a sprint.” In Littlewood’s eyes, younger artists tend to be in a hurry; “people want to make a name for themselves so fast.” In response, Littlewood urges others not to rush too much. “Be productive but remember good things take time.”

Asked for another piece of advice that Littlewood gives often, he replied—get your artist’s statement really spot-on. To quote him, “Viewers don’t want to be told how to interpret the work and they definitely don’t want to be read vacuous, vague art-speak. Just explain in simple terms what you’ve done and what you were hoping to achieve. Keep it simple and let your images do most of the talking.” 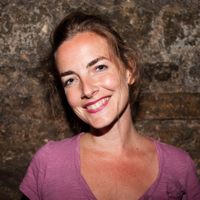 Marion Hislen is an ardent champion of photography: For the past fifteen years, she has built up Fetart as one of the most respected platforms for discovering emerging talents in Europe. Since 2008, the organization has put on “Circulation(s) Festival,” as a way to annually present a new group of promising image-makers to a broad international audience in Paris. Indeed, LensCulture has discovered some young talents at Circulation(s) and has featured many online to introduce them to an even broader audience of photography lovers.

For those interested in being chosen by Hislen, looking at previous winners won’t be much help—she is committed to an aesthetic vision that is “open, iconoclastic, and away from the well-trodden paths and official pronouncements.” Still, there are a few things to keep in mind. When Hislen is judging entrants in order to discover the next great talent, she keeps an eye out for the following:

“I am looking at the coherence of the series, principally between the concept and the images themselves. Sometimes the first image is strong but not the rest. That’s not enough. Remember, originality is important but the technical quality has to be there as well.” 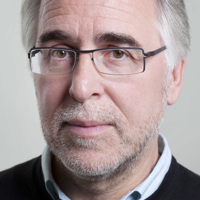 Over three decades, Roger Tooth has been deeply engaged in the field of photojournalism. Whether as a photographer or an editor, Tooth believes in the power of the still image to “capture a moment of time and allow us to reflect a little.”

Throughout his long career, Tooth has witnessed great upheaval in the media landscape. Nevertheless, photographers and image-makers continue to have an essential role to play in our society. Both as an editor and a reader, Tooth believes that the medium or platform on which the news is delivered doesn’t make an enormous difference:

“The bed-rock remains trust in your photographers to deliver telling and truthful images.”

And on an optimistic note, Tooth recognizes how online media offer new possibilities of storytelling. In the limitless world of web publishing, “an expanded series of images allows the photographer more space to tell a story and express himself or herself. Online, we can use a large number of images with text and audio to make a rich experience for the reader.”

If there is one piece of advice Tooth has to offer, it’s quite simple, really: “Make sure you use your camera every day, whether you are commissioned or not.” 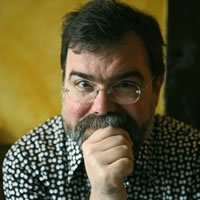 For over 10 years, Jim Casper has had the distinct pleasure of being deeply immersed in the world of contemporary photography on a nearly daily basis. From the beginning of LensCulture, Casper was driven by an interest in “discovering photographers who were using the visual language of photography in interesting and powerful ways — from propaganda and advertising, to politics, media, fine art, personal expression, visual storytelling, portraits and more.”

As part of his role as the editor-in-chief of LensCulture, Casper travels the world to meet photographers at portfolio reviews while also taking part in many juried competitions. This constant exposure to the pulse of contemporary photography gives Casper an excellent perspective on which photographers are succeeding in setting themselves apart from the rest. He offered several great pieces of advice for emerging photographers who wish to be further recognized on the world stage.

First, knowledge about the history of photography as well as current practices is essential to really set yourself above the crowd. As Casper tells us, “Find out where and how your work fits in the context of global contemporary photography. Make yourself aware of how other photographers are using their visions to create memorable images and compelling stories—notice who has achieved a ‘personal signatures’ in their stylistic approach. To do this, you should visit exhibitions at galleries and museums and festivals and, look at photobooks and as many magazines (in print and online) as you can. In addition, it’s important to personally engage with other photographers around the world — talk with artists at exhibition openings, engage on social media, participate in workshops and lectures. From these interactions, try to identify what it is that makes your favorite photographers stand out so their work is recognizable and memorable.”

After that, any photographer needs to figure out how to get their work out into the world. There is no single formula to being discovered, but Casper believes that photo competitions offer an excellent platform for photographers to get their work in front of important people who can influence their careers. Not only that, but the process of preparing one’s photographs for a competition is key. As Casper said, “The discipline required to produce a tight edit and sequence of your photography into ten stellar images really helps you judge your own work with fresh eyes. The adage, ‘Less is more,’ is completely true when it comes to making your entry stand out as excellent amidst the sea of daily mediocrity.”

“If you have any hesitation or second thoughts about the quality or necessity of an image in a series, it’s probably best to take it out. Only show your best work, always!”

Of course, for every body of work, there is a unique edit. Nevertheless, there are some general principles to follow: “At the beginning, it’s essential to start with a very strong photo—one that grabs the viewer’s attention and forces him or her to stop and study the image, to read the caption, to want to see and learn more. It helps to lead with your strongest photo because people are impatient and you need to hook them right away. Then, take the time to make sure every image contributes to your project. If you have any hesitation or second thoughts about the quality or necessity of an image in a series, it’s probably best to take it out. Only show your best work, always!”

Editors’ Note: Chris Littlewood, Marion Hislen, Roger Tooth and Jim Casper (among others) will be judging entries to the LensCulture Exposure Awards 2015—enter now for your chance to get your work in front of them and the rest of the world-class jury!

[Don’t miss Part II of this interview series which includes more great advice from the other four judges!]

There are also a host of other great prizes, including the chance to take part in a world-class, gala exhibition at Somerset House as part of Photo London 2016. You can find out more about the competition on our dedicated page.