Feature
Women We Have Not Lost Yet
15 young women took refuge together in Aleppo, Syria during the “Great Attack” by radical Islamists in April 2015. Their stories are a cry for freedom from the women Syria has not lost yet — to death, exile or oppression.
Photographs and interviews by Issa Touma
View Images

Women We Have Not Lost Yet
15 young women took refuge together in Aleppo, Syria during the &#8220;Great Attack&#8221; by radical Islamists in April 2015. Their stories are a cry for freedom from the women Syria has not lost yet — to death, exile or oppression.

Woman We Have Not Lost Yet tells the stories of those who lived through the crisis in Syria. On 26 April 2015, the radical Islamic opposition announced the ‘Great Attack’ on Aleppo. Young people from various ethnicities and religions, former participants of the artist collective Art Camping, gathered in Le Pont gallery. In this artistic and intellectual safe haven, created by photographer and organizer Issa Touma, they could find comfort in each other. The fighting lasted an entire week. Trapped and frightened, a group of women shared their hopes and fears. Dressed in their customary clothing – chosen by themselves and not by the authorities – they decided to hold a photography session, almost like a final message. 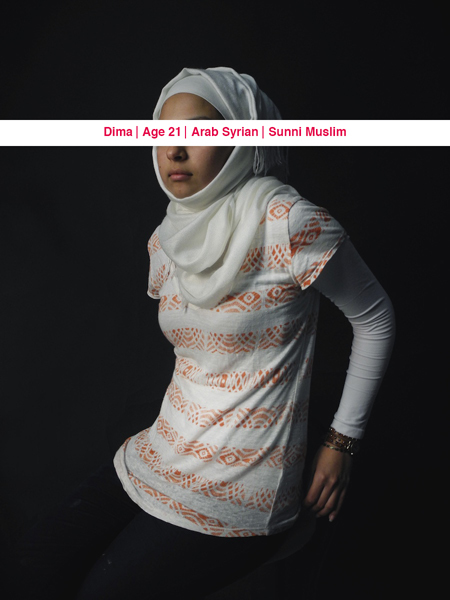 Since the war started, I’ve said goodbye to so many people. I stopped meeting people so I wouldn’t have to say goodbye any more. I’ve lost any sense of being alive. I’m staying in Aleppo to finish my studies, and every night I count the bombs exploding around my house until I fall asleep.


Now in its fifth year, the Syrian conflict has killed hundreds of thousands of civilians and left half of the population displaced. Aleppo, the largest metropolis in the country and one of the oldest human settlements in the world, is at risk of disappearing.

Ongoing battles between government forces, opposition rebels and radical Islamist militants have severely damaged the city’s architectural fabric and will soon destroy what remains of its essence as a centre of intellectual activity and cross-cultural dialogue. The original number of inhabitants has shrunk from 2.7 million to an estimated 1.2 million in the Assad-controlled western zone and 500,000 in the east.

Issa Touma, a photographer, cultural animator and founder of Le Pont gallery, has devoted himself to preserving Aleppo’s urban culture. In 2012, he initiated Art Camping. A collaborative program in the form of workshops, it attempts to counter the violence of the conflict by encouraging young people from various religious and ethnic backgrounds to express themselves through art and culture.

“Women We Have Not Lost Yet and Other Stories from Aleppo” are cries for freedom from the women Syria has not lost yet – to death, exile or oppression.


Editors’ Note: Revenues from the sale of the book, which was realized with the generous support of various partners, will be shared with Art Camping. Click below to buy the book: 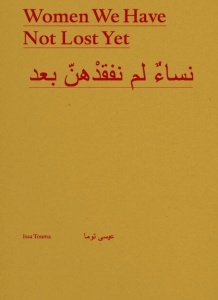 Women We Have Not Lost Yet
by Issa Touma
Publisher: Paradox & André Frère Éditions